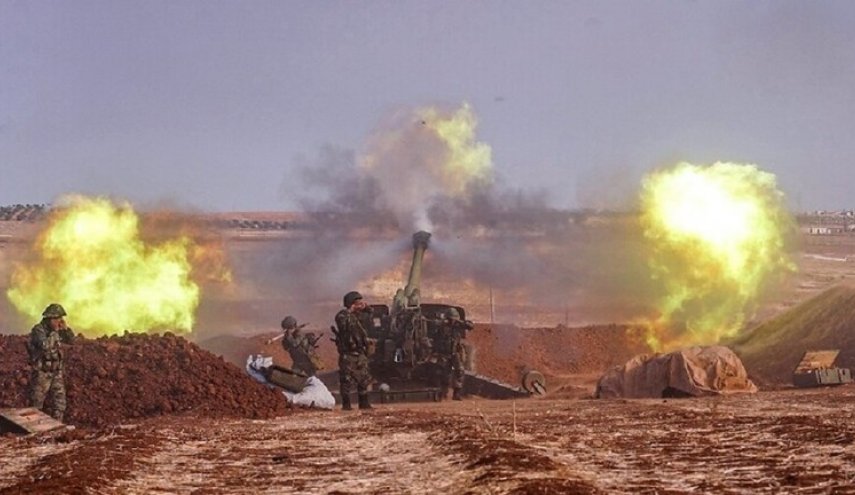 This week, the Syrian Army, Liwa al-Quds and the National Defense Forces have conducted a series of anti-ISIS raids in the Homs-Deir Ezzor desert.

The intensification of the anti-ISIS efforts followed an ISIS attack near Ghabagheb, on the Damascus-Deir Ezzor highway. On May 17, ISIS terrorists set up a fake checkpoint and killed several civilians and soldiers there. On May 18, the NDF and Liwa al-Quds sent reinforcements to the area of al-Sukhna from their positions near al-Rusafah in the province of Raqqah. Coordinated anti-ISIS raids started on May 19. In the following days, the army and its allies destroyed several ISIS hideouts in the area between Haribshi and Faydat Umm Muyni’a, and near Sukhna. The most intense clashes erupted between al-Quds and ISIS in the desert area near Palmyra on May 21.

According to photos and videos released by government sources, several ISIS members were eliminated and at least 3 vehicles were captured in these raids. Despite this, the desert is still infested with terrorists. Early on May 22, terrorists ambushed an army vehicle near al-Rusafah.

These developments demonstrate that terrorists successfully used the timeout that they got thanks to the Turkish-Syrian conflict in Idlib and now government forces will need contribute extensive efforts to neutralize the resurfaced ISIS network in southern and eastern Syria.

On May 20, Ankara and Moscow made another small but important step in implementing the southern Idlib de-escalation agreement. A joint patrol held by the Russian Military Police and the Turkish Army for the first time bypassed the town of Arihah on the M4 highway and reached the village of Kafer Shalaya west of it. It became the longest patrol held by the sides since the reaching of the de-escalation agreement in March.

Earlier in May, Turkish forces managed to remove a protest camp blocking the M4 highway. According to local sources, the removal of the protest was Ankara’s tactical agreement with al-Qaeda-affiliated Hay’at Tahrir al-Sham. In any case, this helped to de-escalate the situation along at least a part of the M4 security zone. At the same time, the town of Jisr al-Shughur controlled by another al-Qaeda-linked group, the Turkistan Islamic Party, still remains an important source of instability in the area.

In northeastern Syria, the Syrian Army continues its campaign to limit the freedom of operations of the US-led coalition. On May 20, Syrian troops intercepted a US military convoy near Umm al-Khair and forced it to retreat to its positions near al-Hasakah. US forces in fact found themselves surrounded at their positions near oil fields that the Trump administration wanted so much.