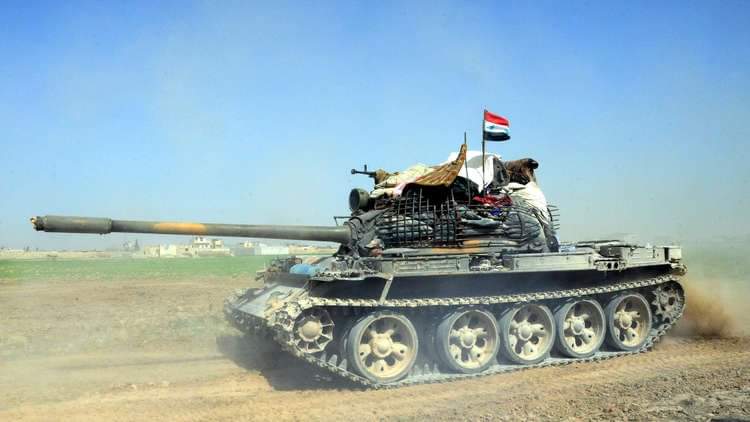 The Syrian Arab Army (SAA) forces conducted an operation to secure the main roads between Hama and Deir Ezzor, as well as between Raqqa and Homs as Islamic State (IS, formerly ISIS/ISIL) has been increasing its activity in the country.

The footage filmed approximately 90 kilometres (56 miles) south-west to the city of Raqqa on Wednesday shows the SAA soldiers and military vehicles during the operation.

He went on to stress that the second part of the operation is to secure the oil fields in the area, including the At-Tayyem which is “one of the most important wells in this area.”

Burning ISIS flags, as well as confiscated ammunition allegedly belonging to the group, could also be seen in the video.

ISIS recently amped up their attacks in both Syria and Iraq, taking advantage of the coronavirus pandemic to go against the SAA, the Iraqi Armed Forces and the Syrian Democratic Forces (SDF).

While ISIS has lost its territories in both Iraq and Syria between 2017 and 2019, it has since then been relying on sleeper cells to carry out attacks in the desert regions of both countries.