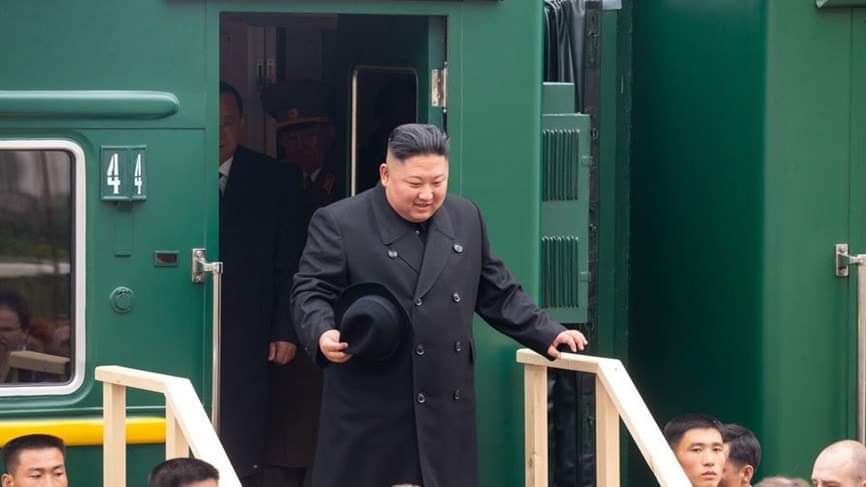 After a three-week-long absence from public view, the 36-year-old leader made the comments at a meeting of his party’s powerful Central Military Commission, after a previous absence that gave rise to intense global speculation that he might have health issues or even been brain-dead.

According to a report by North Korea’s state news agency KCNA on Sunday, the meeting revolved round measures to bolster the peninsular country’s armed forces and “reliably contain the persistent big or small military threats from the hostile forces.”

It also discussed “increasing the nuclear war deterrence of the country and putting the strategic armed forces on a high alert operation,” through adopting “crucial measures for considerably increasing the firepower strike ability of the artillery pieces,” the report added.

Kim’s rare outings during the past two months, with his absence from a key national anniversary, have coincided with North Korea’s intense measures against the coronavirus (COVID-19) pandemic. Pyongyang says it has recorded no confirmed cases so far, but South Korea’s intelligence agency claims that it cannot rule out that the North has had an outbreak.

North Korea is under crippling US sanctions for years over Pyongyang’s nuclear and ballistic missile programs.

US President Donald Trump has attempted to de-escalate tensions with Pyongyang, and although he has met with Kim three times, he has so far refused to relieve any of the harsh sanctions on the North over its military programs, and that has in turn hampered the so-called efforts to demilitarize the Korean Peninsula.

The Washington-Pyongyang nuclear talks have made little progress since late last year, particularly after the global fight to curb the pandemic, which has so far infected more than 5,434, 600 people and killed over 344,500 others around the world.

Kim’s pledge to boost its nuclear capabilities comes at a time when Washington, according to some news reports, might conduct its first full-fledged nuclear test since 1992.

The ending of the moratorium came as the United States refused to relieve any of the sanctions on the North even though Pyongyang had taken goodwill steps in the course of the now-stalled diplomacy with Washington.

The North is also at loggerheads with South Korea over its “provocative” military drills with the US, stressing that Seoul’s war games demand an appropriate response from Pyongyang.