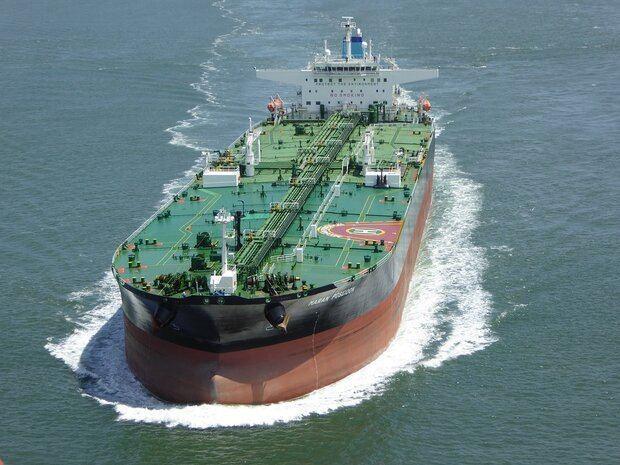 A cold war is heating up this summer

The Iranian oil tanker Fortune arrived in Venezuela yesterday, the first in a flotilla of five, Forest, Petunia, Faxon, and Clavel, carrying gasoline from Bandar Abbas to Puerto Cabello.  The second ship, Forest, has entered Venezuelan waters today. Venezuela has the world’s largest oil reserves but must import gasoline because the refining infrastructure has deteriorated over the last two decades. Venezuela has provided citizens subsidized gasoline for less than a penny a tank, but due to US sanctions and other factors, the local refinery stopped production.

Iranian President Hassan Rouhani warned the US to not interfere with the shipment of oil bound for Venezuela, and that Iran would “by no means” be the one to initiate conflict. “If our tankers in the Caribbean or anywhere in the world face any problems caused by the Americans, they will face problems as well,” he added. “We hope the Americans will not make a mistake.”  Interference by the US could escalate, with possible retaliation in the Persian Gulf region where US ships are venerable.

The Trump administration regards Iran and Venezuela as “repressive regimes”, and accuses Iran of propping up President Nicolas Maduro, who the US regards as having illegitimately won a 2018 election.

Maduro has the support of Venezuela’s military and his international allies include Cuba, Russia, and China. The US accuses those nations of “malign activities and meddling” around the world. “We will not abide by their support of the illegitimate and tyrannical regime of Nicolas Maduro,” the Trump administration said in a statement, citing its “maximum pressure” campaign against the socialist leader.

Professor Mohammad Marandi, of the University of Tehran said, “What is important is that these are trade ties between two sovereign countries, and the regime in Washington is in no position to dictate terms to the international community. Iran is not a weak country like countries within the EU that bow down to the United States when it makes it mad. Sending five ships is a big message – it wasn’t just one or two – so the Iranians did that both to give support to the Venezuelan people to prevent them from suffering, and also in an act of defiance to US hegemony.”

China and the US are at risk of a new “Cold War” warns Chinese State Councillor Wang Yi, while citing the unresolved US-China trade tensions, the US support of Taiwan, and Trump administration accusations concerning the COVID-19 virus. The diplomat said to the French news agency, “It has come to our attention that some political forces in the US are taking China-US relations hostage and pushing our two countries to the brink of a new Cold War,” while adding, “Aside from the devastation caused by the novel coronavirus, there is also a political virus spreading through the US,” Wang said. “This political virus is the use of every opportunity to attack and smear China. Some politicians completely disregard basic facts and have fabricated too many lies targeting China, and plotted too many conspiracies.” China vehemently denies that the virus was leaked from a Wuhan laboratory. “China is open to working with the international scientific community to look into the source of the virus,” Wang said. “Fairness means the process is free of political interference, respect the sovereignty of all countries, and oppose any presumption of guilt.”

Henry Kissinger warned several months ago that he sees the US and China as being “in the foothills of a Cold War.”  The South China Sea has almost half of the world’s international shipping passing through its waters.  While China claims most of it, the US and neighboring nations consider it as international waters, also referred to as the high seas, and the US Navy conducts missions sailing through the waters.  In response, the Chinese send their ships to challenge the US Navy or have Chinese jets fly over the US ships. This situation continues to be tense on both sides.

According to the editor-in-chief of the Global Times, Hu Xijin, the Trump administration is demonstrating the megalomaniac ‘Cold War’ thinking.  Xijin feels China does not pose a substantial challenge to the US but is a competitor.  The US has been involved in foreign wars, such as Vietnam, Iraq, Afghanistan, Libya, Syria, and Yemen.  However, China has not had a military conflict with its neighbors in more than 30 years. China does not seek to impose its political ideology on other nations and prefers to go its own way without interfering in other countries’ systems.  He sees the Trump imposed ‘Trade War’ on China as a bully tactic, and the US as the aggressor with its “America First” doctrine.

In 2006, then-President of Venezuela, Hugo Chavez, visited Syrian President Bashar al-Assad in Damascus. “We have decided to be free. We want to cooperate to build a new world where states’ and people’s self-determination are respected,” Chávez said, and added, “Imperialism’s concern is to control the world, but we will not let them despite the pressure and aggression.” Chavez said Syria and Venezuela shared the same stance against US domination.

“We have the same political vision and we will resist together the American imperialist aggression,” he said, and the two countries signed 13 political and economic agreements.

The new world order is approaching according to Saad Rasool.  US domination has started to crumble, and China takes its place on the world stage, while Russia grows stronger.  The US failed in its ‘regime change’ plan in Syria, despite having the biggest and best military, according to Trump. American hubris, defined as overconfident pride combined with arrogance, has turned to blame China for the pandemic.

“When we talk about American democracy and American achievements, we recognize that this country has achieved a lot. But these achievements are at the expense of other countries. Everything in the world is changing, nothing lasts forever, and realizing this, the United States wants to maintain its dominating position, as before, by weakening other states,” said the Russian State Duma Speaker, Vyacheslav Volodin, on May 24.

Since the end of WW2, the US has been the dominating force in the world, and especially after the collapse of the Soviet Union. The US foreign policy against Russia, China, Iran, Syria, Venezuela, and other nations has caused them to ally to stop the US aggressions. The anti-imperialism coalition is giving birth to a new world order where the US is no longer the “King of the Hill”.