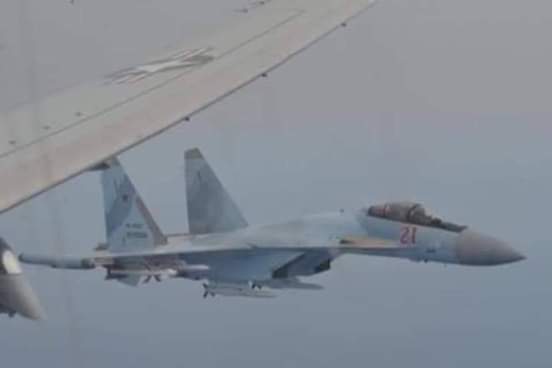 Two Russian Su-35 aircraft intercepted a P-8A Poseidon patrol aircraft assigned to U.S. 6th Fleet over the Mediterranean Sea May 26. The spy plane was flying in the international airspace close to the Syrian coast, where Russia’s Hmeimim airbase located.

The Pentagon said that “the intercept was determined to be unsafe and unprofessional due to the Russian pilots taking close station on each wing of the P-8A simultaneously, restricting the P-8A’s ability to safely maneuver, and lasted a total of 64 minutes.”

“U.S. 6th Fleet, headquartered in Naples, Italy, conducts the full spectrum of joint and naval operations, often in concert with allied and interagency partners, in order to advance U.S. national interests and security and stability in Europe and Africa,” the Pentagon added.

The Pentagon did not provide details on how the US occupation of a part of Syria and attempts to destabilize the entire region by instigating the conflict with Iran contribute to the stability.