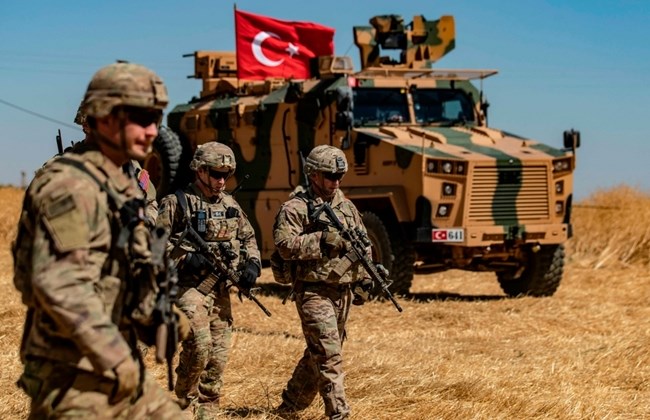 The Turkish Ministry of National Defense announced on May 30 that its forces had foiled an infiltration attempt by Kurdish fighters in northeast Syria.

“Five terrorists of the PKK [Kurdistan Workers’ Party]\YPG [the People’s Protection Units] organization were neutralized while attempting to sneak into Operation Peace Spring region,” the ministry said in a press release.

The ministry also released a short video showing Turkish forces detecting the infiltration attempt with ground-based surveillance systems and a drone. Then, the infiltrators were targeted with heavy howitzers.

The U.S.-backed Syrian Democratic Forces (SDF), which is affiliated with the YPG, is yet to comment on the Turkish Ministry of National Defense claims.

Earlier this year, Kurdish fighters in northeast Syria began launching attacks on Turkish forces occupying parts of the region. In a recent incident, two Kurdish fighters were captured while attempting to infiltrate a Turkish position near the town of Ras al-Ayn using DIY “invisibility suits.”