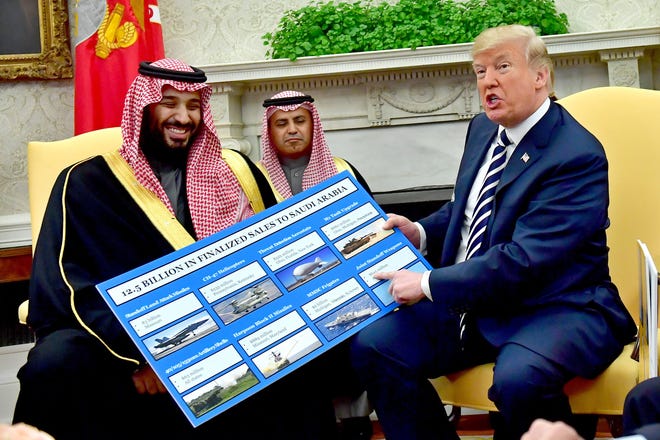 Muhammed Momtaz Al-Azhari, 23, was arrested by FBI agents on May 24 in Tampa, Florida.  The culmination of a federal sting-operation, he is being held in Pinellas County jail at the request of federal agents who accuse him of material support of the Islamic State, and scouting Florida targets for a planned mass shooting. Al-Azhari, an American citizen, had gone to Saudi Arabia in 2015 to join a terrorist group following Radical Islam, which is a political ideology and is neither a religion nor a sect.  He planned to go to Syria and fight alongside the terrorist groups, many of whom were supported by the US government. He was imprisoned for three years in Saudi Arabia, and then deported to the US in 2018.

Al-Azhari worked at the Home Depot in Tampa, and his co-workers had been suspicious of his motives and were fearful of statements he made.  Their concerns led to his arrest on May 1 when officers found a handgun in his pocket at work; however, he was able to talk his way out of the situation.  The FBI investigation uncovered a complex collection of weapons, supplies, and travel to various Florida locations, which appear to be a process of planning a mass shooting which he had talked about with others.

Al-Azhari voiced admiration for Omar Mateen. “I don’t want to take four or five, no. I want to take at least 50,” Al-Azhari replied on the recording, according to the affidavit. “You know like, brother Omar Mateen in Orlando did. He took 49 with him.”

“Know America. Today is your emergency. Today we kill from you guys like you killed from us,” Al-Azhari is overheard saying, according to the affidavit. “This is a revenge for Muslims.”

This latest incident comes in a long line of Florida-based terrorists with a connection to Saudi Arabia and Radical Islam. In December 2019, a Saudi Air Force officer, Mohammed Alshamrani, killed three US Navy sailors and injured eight when he opened fire in a mass shooting at the Naval Air Station Pensacola, Florida.  The FBI found that he had been in ongoing contact with Al Qaeda since 2015 and had pledged to carry out a mission for them and had been in contact with the terrorists the night before the shooting in Florida. US Attorney General William Barr found that the 21 Saudi cadets enrolled at the training program in Pensacola had ties to terrorism and child pornography and were sent home to Saudi Arabia, and AG Barr promised the Kingdom would conduct a review of the cadets to determine if they should face military discipline or criminal charges in the US.  Some experts have questioned the ability of Saudi Arabia to investigate internal cases after the experience of the Jamal Khashoggi murder in the Saudi consulate in Istanbul.

In 2016, Omar Mateen carried out a mass shooting in Orlando, Florida which killed 49 persons and wounded 53 in a nightclub. Omar Mateen, an American citizen, had traveled twice to Saudi Arabia and was a regular at The Islamic Center of Fort Pierce, Florida which had already produced a known terrorist. The Fort Pierce mosque’s website features a link that demonstrates its relationship to the Sharia Board of America, a division of the Rahmat-e-Alam Foundation, which operates the Darul Uloom Chicago madrassa. The madrassa is closely affiliated with the Institute of Islamic Education. Newly retired Department of Homeland Security agent Philip Haney, in his book “See Something, Say Nothing: A Homeland Security Officer Exposes the Government’s Submission to Jihad.”, says the Islamic Center of Fort Pierce also has a tie to a case he developed on a worldwide Islamic movement known as Tablighi Jamaat. Haney has found that the Islamic Center of Fort Pierce, Florida, is part of a network in the United States that originated in the Indian subcontinent.

On December 2, 2015, in San Bernadino, California Syed Rizwan Farook, and his wife, Tashfeen Malik began shooting at Farook’s co-workers, ultimately firing more than 100 rounds before fleeing. They killed 14 people and wounded 22 others, before being killed by police.  FBI Director James B. Comey said before the couple got married and Malik came to the US from Saudi Arabia, the two exchanged messages online “showing signs in their communication of their joint commitment to jihad and to martyrdom.”  Farook was born in Chicago, and his wife was born in Pakistan; however, she lived most of her life in Saudi Arabia, where she was radicalized by the Saudi culture, which is the largest exporter of Radical Islam globally.  They met online, and Farook traveled to Saudi Arabia in early 2014, where he began the US Visa process for his fiancée, and she entered the US and by August 16, 2014, they were married in California.

On May 25, 2014, Moner Mohammad Abu Salha, an American born in West Palm Beach, Florida carried out a suicide bombing mission in Ariha, a village near Idlib, Syria.  His parents owned grocery stores in Vero Beach and West Palm Beach, and his last address was in Fort Pierce, Florida. He was a regular at The Islamic Center of Fort Pierce, as was Omar Mateen.  “It is troubling, however, that U.S. citizen Moner Mohammad Abu-Salha traveled to Syria to fight with al Qaeda-affiliated rebels, returned to the U.S. around May 2013 without U.S. officials realizing that he had trained with an al Qaeda-linked group, and traveled back to Syria in November 2013 before blowing himself up in a suicide attack in May 2014,” testified Seth Jones, Director of the International Security and Defense Policy Center, before the US House Subcommittee on Counterterrorism and Intelligence.  Equally troubling, is Jones’ description of Jabhat al-Nusra, the Al Qaeda affiliate in Syria, as ‘rebels’.  Al Qaeda, ISIS, and others are legally identified by the US and the UN as terrorist groups and are not rebels.

America was forever changed on September 11, 2001, in the attacks in which al-Qaeda-affiliated men hijacked and crashed planes into New York’s World Trade Center, struck the Pentagon near Washington, DC, and a fourth plane crashed in Shanksville, Pennsylvania. 15 of the 19 hijackers were from Saudi Arabia and had lived in Florida, and it is confirmed they had official support from Mussaed Ahmed al-Jarrah, a mid-level Saudi Foreign Ministry official who was assigned to the Saudi Embassy in Washington, D.C. He oversaw the activities of the Ministry of Islamic Affairs employees at Saudi-funded mosques and Islamic centers in the US.  He reported directly to then-Ambassador Prince Bandar.  Fahad al-Thumairy, a Saudi Islamic Affairs official and radical cleric who served as the imam of the King Fahd Mosque in Los Angeles and Omar al-Bayoumi, a Saudi government agent, assisted two terrorists, Khalid al-Mihdhar and Nawaf al-Hazmi, who participated in the hijacking of the American Airlines plane that flew into the Pentagon, killing 125.