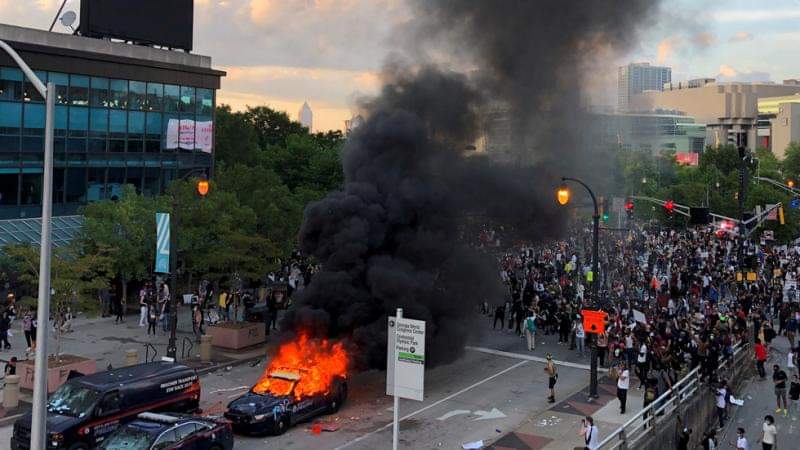 The Minnesota Department of Human Rights (MDHR) has formally filed a racial discrimination charge against the Minneapolis Police Department in connection to the May 25 killing of George Floyd, an unarmed black man.

The state governmental body’s release noted that the Minneapolis cops continued to kneel on the handcuffed 46-year-old and “did not respond to [Floyd’s] calls for help.”

“This incident, and others similar to it since at least January 1, 2010 and continuing to the present, require investigation into whether the respondent’s training, policies, procedures, practices, including but not limited to use of force protocols and any corresponding implementation, amounts to unlawful race-based policing which deprives peoples of color, particularly Black community members, of their civil rights under the Minnesota Human Rights Act,” MDHR Commissioner Rebecca Lucero said in the filing.

Democratic Minnesota Governor Tim Walz promptly acknowledged the forthcoming investigation via social media and vowed that his administration “will use every tool at our disposal to deconstruct generations of systemic racism in Minnesota.”

Being black should not be a death sentence,” Walz said in an accompanying address on the matter, as reported by journalist Ricardo Lopez.

The MDHR probe comes amid already existing local and federal investigations into Floyd’s death, which has been ruled a homicide according to two separate autopsies.

Walz announced Sunday that Minnesota Attorney General Keith Ellison would be assisting with the Hennepin County Attorney Office’s investigation and prosecution of those deemed responsible for the killing.

The FBI is also conducting a federal civil rights investigation into the incident and has requested any relevant digital media from citizens.

Florida Minneapolis New_York Trump USA Washington
Previous ArticleLibya’s Minister of the Interior accused of gouging out the eye of a prisoner
Next Article Grossly Unjustified’: ACLU Demands Probe Into Tear-Gassing of Protesters Prior to Trump Photo-Op