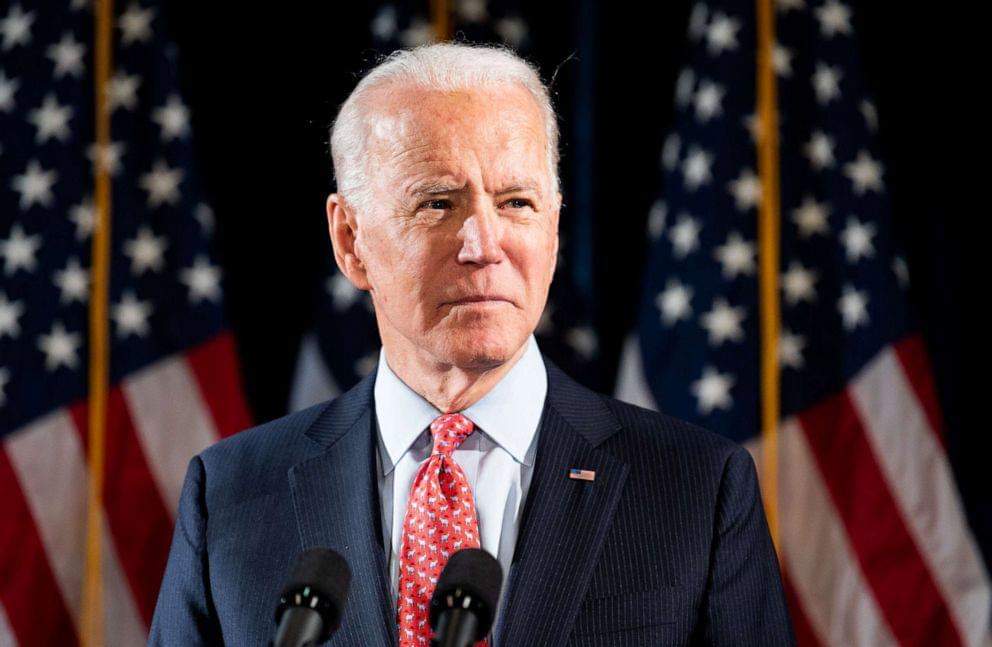 His wins in Maryland, Montana, New Mexico, South Dakota, Indiana, Rhode Island, Pennsylvania as well as the District of Columbia on Tuesday push him closer to the 1,911 delegates he needs to capture the Democratic presidential nomination.

He will also be the presumptive nominee at the Democratic National Convention in Milwaukee, which was rescheduled from July to August due to coronavirus concerns.

This comes amid mass protests in several major cities across the United States over racism and police brutality against African Americans.

“There is no place for violence. No place for looting or destroying property or burning churches, or destroying businesses — many of them built by people of color who for the first time were beginning to realize their dreams and build wealth for their families.”

He also attacked Donald Trump over his response to the ongoing protests, saying, the Republican president’s “narcissism has become more important than the nation that he leads.”

Unrest erupted last week across America following the death of George Floyd, a black man who died after a white Minneapolis police officer pressed his knee on his neck until he suffocated on May 25.

Biden said “the moment has come” to address the systemic racism and deeply rooted social inequality in the US. He said Americans can’t wait until November’s presidential election for Washington to resolve the crisis.