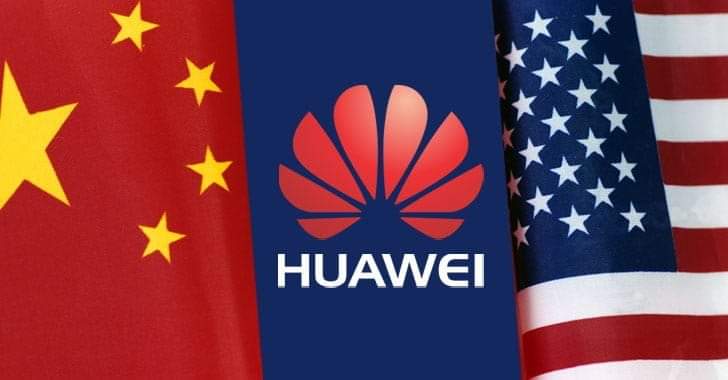 Market Access, Not Cybersecurity Behind US Push to Block Huawei From UK’s 5G Networks

A top official at the Chinese tech firm blasted comments from a US senator at a British Parliament meeting accusing the company of endangered US troops, among other accusations, it was revealed in a statement on Tuesday.

Huawei Technologies vice-president Victor Zhang slammed comments from a UK Defence Committee session discussing the company’s alleged threat to UK national security, it was revealed in a statement on Tuesday.

The Committee meeting had “concentrated on America’s desire for a home-grown 5G company that can ‘match’ or ‘beat’ Huawei” rather than genuine security concerns, Mr Zhang said.

He said: “It’s clear its market position, rather than security concerns, underpins America’s attack on Huawei as the committee was given no evidence to substantiate security allegations.

But “open and fair competition” competition was welcome to boost innovation and reduce costs, he said, citing the Chinese firm’s decades-long commitment to Britain’s 3G and 4G networks.

“Over the last 20 years, we have worked hard with our customers and partners for building Britain’s robust and secure 3G and 4G networks and we are now focused on delivering the 5G network to the same high standards. This is fundamental to achieving the government’s Gigabit broadband target by 2025,” he concluded.

The comments follow US senator Tom Cotton’s [R-AR] address to the House Defence Committee on Tuesday on alleged dangers of allowing Huawei to build Britain’s 5G and 6G networks.

Cotton, a hawk on Chinese foreign policy, told the Committee that Huawei’s equipment could harm American troops and aircraft stationed in the UK amid Washington’s confrontations with Beijing in the Pacific.

He said: “I do hope that as the government refines its decision, that if it doesn’t reverse it outright, it will mitigate it and minimise the use of Huawei technology, put it on a shorter time frame.”

The lawmaker also introduced a bill into Congress early last year to block deployments of Lockheed Martin F-35A aircraft to Britain based on “host countries with at-risk vendors in their 5G or 6G networks”.

The bill, entitled Countering The Chinese Government and Communist Party’s Political Influence Act [S.480], is sponsored by Sen Mark Rubio [R-FL], who has campaigned against Venezuela and Cuba in recent years.

The lawmaker also suggested at a recent G7 meeting that countries could join forces on an alternative to using Huawei equipment by working with India, South Korea and other European countries.

The comments follow unconfirmed reports from UK media in late May cited unnamed Whitehall sources stating the government could phase out Huawei’s role by 2023.

The UK’s National Cybersecurity Centre said it would assess Huawei’s role in British telecoms infrastructure as well as the effects of a potential phasing out of the firm’s IT equipment.

Downing Street approved Huawei’s role in building British IT equipment with a 35 percent market cap in late January, but announced last week that the government had been “seeking new entrants” to compete with the Chinese tech giant.

The Trump administration extended a ban on Huawei, ZTE and over 70 Chinese tech firms a further year after the companies were placed on an Entity List in May last year, citing national security concerns.

US officials have repeatedly accused Huawei of potentially using 5G and telecoms equipment to spy on countries at the behest of the Chinese government, without citing evidence, with Beijing and Huawei repeatedly denying the claims.