Home Politics Trump ‘Did Not Ask for George Floyd Protesters to be Moved Out’ Before St. John’s Church Visit 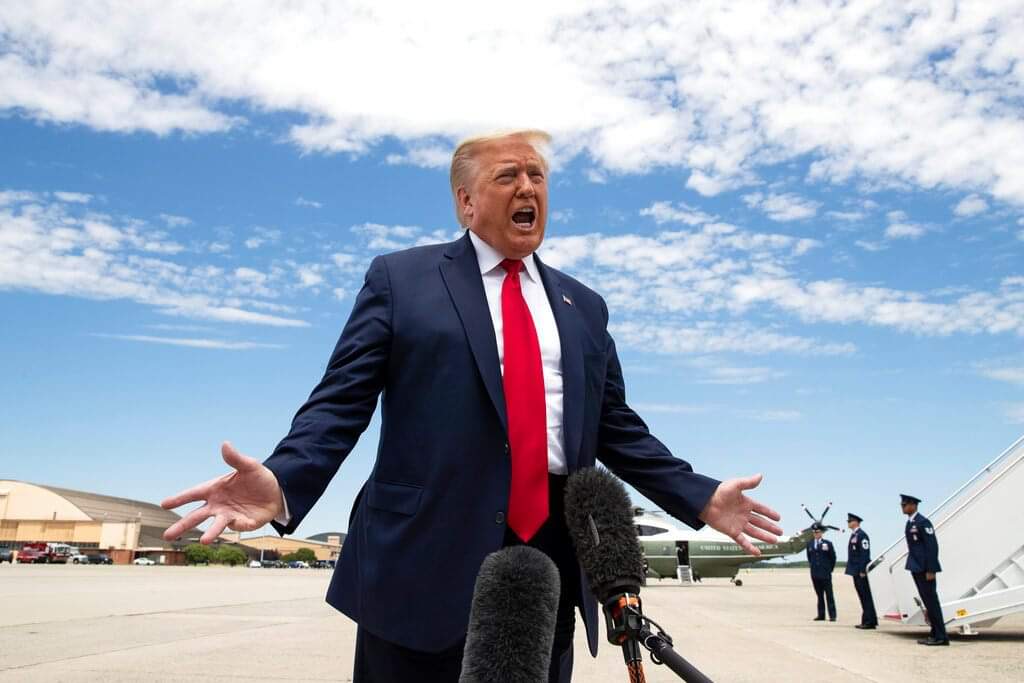 Donald Trump was earlier accused of having a walk from his White House cabinet to a historic church in the vicinity, which had been nearly burnt down by Black Lives Matter protesters.

President Donald Trump has busted the claims that he had ordered to disperse the protesting crowds from nearby Lafayette Square, as he was to make an on-foot visit to the historic St. John’s Church, within a short walking distance from the White House grounds.

“They didn’t use tear gas,” Trump told Fox News Radio interview, thereby contradicting multiple protesters’ and media reports that tear gas was deployed to move them away from the church  – the detail which has been eagerly chewed over by Democrats and their supporters.

“Now, when I went, I didn’t say ‘Oh, move them out.’ I didn’t know who was there,” POTUS recounted, after he was accused of making the visit merely for a “photo op.”

After the much-debated walk, he and his officials posed briefly for a number of pictures holding a Bible near the church, which had been set alight hours before by the protesters.

In his further comments to Fox News, Trump went on to lament the racial issue as “a sad one” calling for this “injustice” to be promptly resolved.

POTUS earlier sparked criticism, namely among Pentagon’s current and former officials, with his threats to deploy military forces in states that proved unable to contain violent riots, which peaceful protests have grown into in recent days, following the death of Afro-American Minneapolis man George Floyd at police hands last Monday.

The president called on local authorities to “get tough”, taking a dig at some states’ too lax approach to the protests which have in many places spilt out into violent clashes with police, arsons and lootings of shops and malls, as demonstrators opposed not merely Floyd’s death but police brutality in general.

The nationwide social unrest has prompted instant action from both local and federal authorities, with over 40 states imposing curfew hours, usually starting at 8 pm and ending at 5 in the morning. Separately, National Guard troops were called in across0the-board for effectively maintaining the public order.