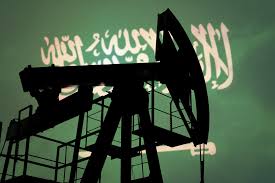 Brent crude broke the $41 per barrel threshold for the first time since early March, while US crude benchmark West Texas Intermediate (WTI) was up almost two percent on Friday ahead of a meeting of leading oil producers.

Friday’s rally signaled that both key global oil benchmarks are on track for a sixth week of gains. Apart from slowly recovering global demand for the commodity, the prices were also boosted by massive output cuts, introduced by the Organization of Petroleum Exporting Countries (OPEC) and allied major oil producers led by Russia, together known as the OPEC+ group.

While the production caps came into force on May 1, the group is set to hold a meeting to review their output cuts on Saturday, some delegations confirmed. It is expected that the parties will extend existing production curbs of 9.7 million barrels per day (bpd) until the end of July, instead of planned easing. According to the initial scheme, the cuts were set to be reduced to 7.7 million bpd in July before dropping to 5.8 million bpd at the beginning of the next year.

The meeting was initially scheduled to take place later this month, but the organization decided to bring it forward.

While the primary players – Russia and Saudi Arabia – support the extension of the output cuts, some other signatories reportedly failed to comply with the conditions of the deal. Iraq, the OPEC’s second largest oil producer, exceeded its production quota in May, but promised to compensate for it by curbing output next month. However, some companies operating in the country are reportedly refusing to cut output, jeopardizing the oil accord meant to prop up prices.

Iraq is not the only nation struggling to stick to its commitments. Smaller exporters such as Nigeria, Angola, and Kazakhstan also failed to comply with the terms of the deal, but are believed to be in support of the proposed extension.