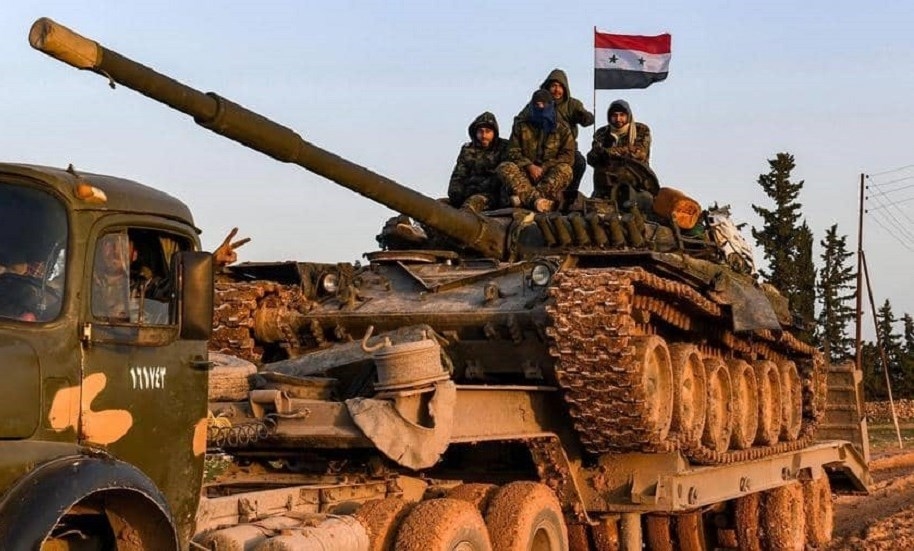 Al-Qaeda-affiliated Hay’at Tahrir al-Sham (HTS) has confirmed that the Syrian Arab Army (SAA) is amassing its troops in the al-Zawiya Mount in southern Idlib.

A spokesman for the terrorist group said on June 7 that large reinforcements of the army were recently spotted in the region.

“There is no doubt that the occupation militias want all the liberated areas, including the [Turkish-occupied] areas of Peace Spring, Olive Branch and the Euphrates Shield, but they adopt the policy of division and separation to deceive people,” the spokesman, Abu Khalid al-Shami, said.

The spokesman also acknowledged that HTS has been taking advantage of the ceasefire in Greater Idlib to rebuild its military capabilities in order to repel any future attack by the SAA.

Several recent reports claimed that the SAA is preparing to launch a large operation in Greater Idlib. Nevertheless, pro-government sources are yet to confirm this.

A new operation will likely be designed to reopen the M4 highway. The strategic highway links the coastal city of Lattakia with Aleppo city, the country’s industrial hub.

Turkey has to secure the M4 under the March 5 agreement with Russia. Turkish forces have taken several steps to implement this commitment. However, terrorist groups are still in control of a large part of the highway.