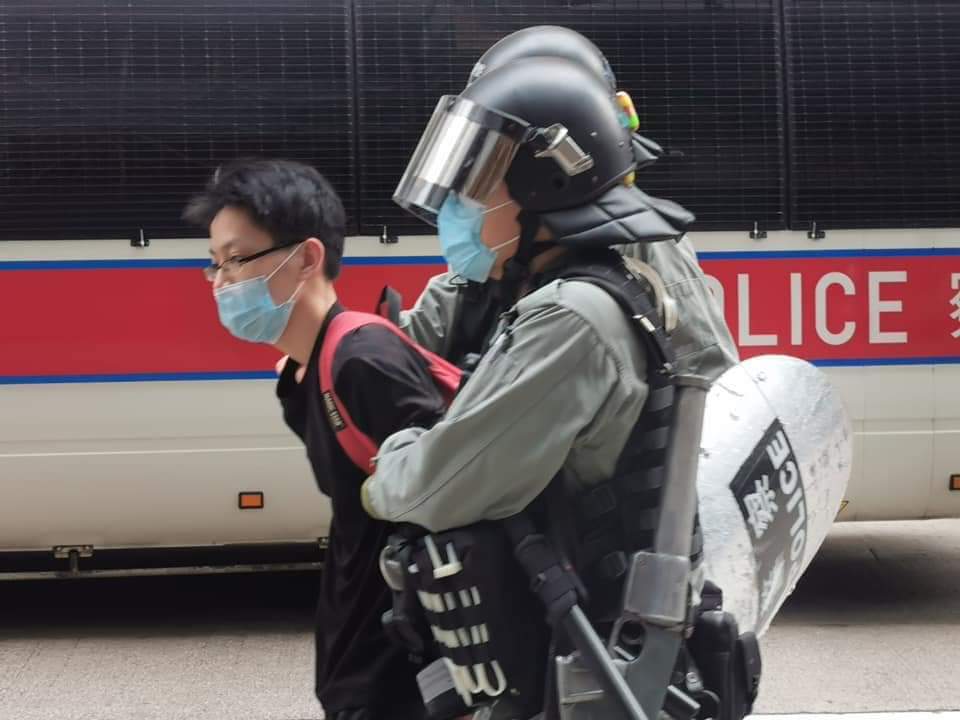 Washington has accused Beijing of encroaching on Hong Kong’s freedom by moving to enforce a new national security law in the city and US President Donald Trump has threatened to revoke Hong Kong’s special trading status.

Hu Xijin, the editor-in-chief of the Chinese newspaper Global Times, has compared US Secretary of State Mike Pompeo to Goebbels in a row over Hong Kong.

Pompeo said on Saturday, the D-Day anniversary, that China’s actions regarding the city are reminiscent of the Third Reich’s occupation of Europe during WW2.

Hu Xijin replied on Twitter: “You are inciting radical hostility and ripping the world apart. You aren’t like a top diplomat, instead, you talk like Goebbels of Nazi Germany. I’m worried that the world peace will eventually be destroyed by extreme politicians like you.”

He went on to cite China’s peaceful foreign policy – not Washington’s strong suit – and recalled that the Trump administration launched a trade war against China in 2018. “Who is more like Nazi Germany?” he inquired.

Tensions rose between the world’s two largest economies over the origins of and response to the coronavirus pandemic and over Beijing’s move to impose a new law on Hong Kong. The law would allow the Beijing government to ban activity it sees as endangering national security, including protests.

The second half of 2019 in the city was marred by mass rallies, sometimes violent, which initially opposed an extradition bill but later turned into a broader movement for political freedoms. The Trump administration publicly supported the protesters, much to Beijing’s anger.

The governments in mainland China and Hong Kong have stressed that the new proposal, which could be enacted within the next few months, is merely aimed at safeguarding national security.

The Trump administration, however, has joined the critics in claiming that it would override Hong Kong’s political autonomy. Donald Trump last week threatened to scrap the city’s preferential treatment, which has allowed it to enjoy a different trade status from the mainland (that is, low to no tariffs for US trade) and helped it to become a global trade hub.

It is widely believed that the move is aimed at preventing US companies from selling sensitive tech and services to Hong Kong-based companies (and then to mainland China) and, in general, undermine its role as a wealth management centre.