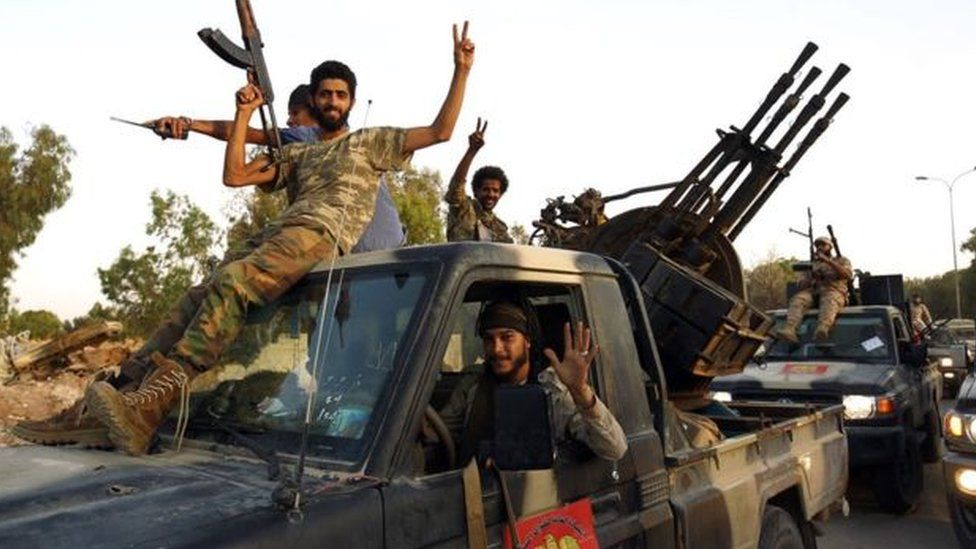 GNA and TURKEY Primed For Offensive on Sirte , But There Appears To Be No RUSH

On June 10th, the offensive on Sirte by the Government of National Accord (GNA) and its Turkish support are on-going.

The GNA is yet to undertake a ground operation, and is rather shelling Libyan National Army (LNA) positions in and around the city

There are several reports claiming that the shelling has killed and injured numerous civilians.

Meanwhile, in the city of Tarhuna, which was recently captured by the GNA Jordanian-made weapons were allegedly discovered in caches

According to GNA army spokesman, Colonel Pilot Mohamed Gnunu, LNA positions inside Sirte itself have been targeted in shelling.

In the southern part of the country, there is a relatively small area controlled by the GNA, where the Sharara oil field is located.

On June 9th, the LNA sent 80 armored vehicles and additional troops to wrestle it away from GNA’s control.

In a rebuke to Egypt positioning large numbers of forces and equipment along the Libyan border after its call for a ceasefire was rejected, the Head of the Libyan High Council of State (HCS) Khalid Al-Mishri said that there is no possibility of Egypt having a “military adventure” in Libya to support Field Marshal Khalifa Haftar.

Al-Mishri told Al Jazeera  that GNA considers such news as unconfirmed as there isn’t any official statements about Egyptian Army presence near the Libyan border, adding that Cairo fears that security violations can take place on its borders after the defeats of Haftar’s forces, which include mercenaries from Sudan, and that the reinforcements inside Egyptian soil are Cairo’s owned right.

He said the Egyptian initiative, which was rejected by the GNA, means that Cairo is approaching Libya peacefully not militarily.

“The Egyptian administration won’t go for the option of entering Libya but for improving its relations with it and with the GNA. If Egypt entered Libya, the situation will get complicated and it will cost Cairo a lot, a thing it can’t bear in terms of security and economy.” Al-Mishri said.

“However, Egypt isn’t looking for direct escalation in Libya even if it it’s a staunch supporter of Haftar. If such a thing happened, eastern Libyan nationals can turn against Cairo.” He added.

In another push against Turkey, Theodoros Mikropoulos, from the Hellenic Navy became the new chief of the EU’s Operation IRINI, which seeks to enforce the maritime weapons embargo on Libya.

Greece already has a warship taking place in the operation – the Hellenic Navy’s Hydra-Class Frigate Spetsai.