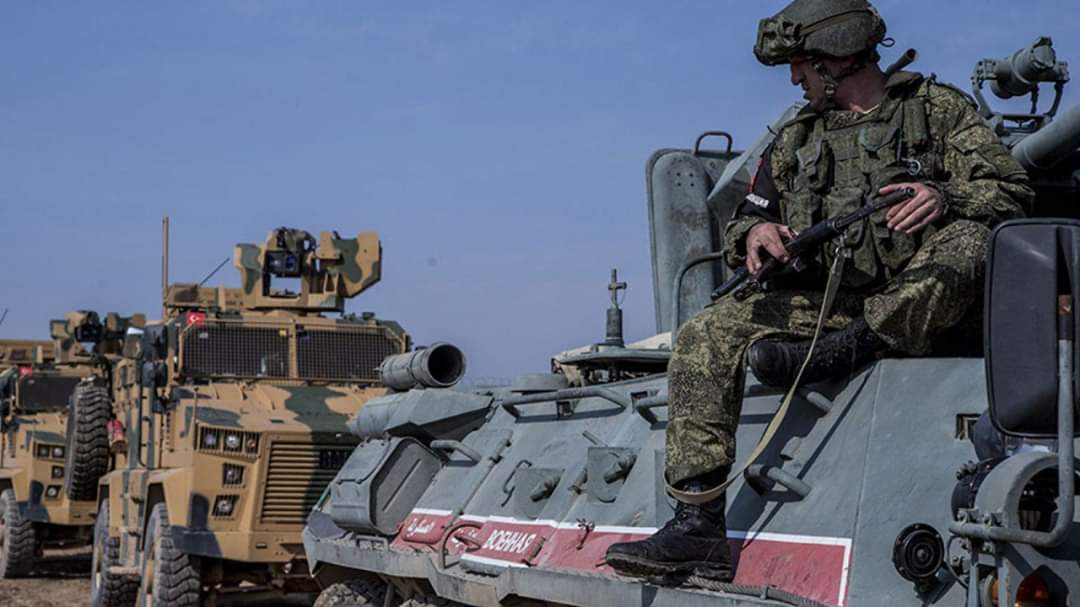 On June 10, the Russian Military Police and the Turkish military conducted a 16th joint patrol on the M4 highway in the northwestern Syrian region of Greater Idlib.

A new breakthrough was achieved during the joint patrol, which started from the government-held town of Tronba. The patrol overpassed the town of Muhambal for the first time reaching the village of Jannet Elqora.

Muhambal is located in the middle of the opposition-held part of the M4 highway, which links the cities of Lattakia and Aleppo.

The new joint patrol didn’t pass without any problems. Security personnel of al-Qaeda-affiliated Hay’at Tahrir al-Sham (HTS) assaulted a number of journalists who were attempting to cover the patrol. Some of the journalists were beaten up and their equipment were destroyed.

During the 15th joint patrol last week, Russian and Turkish forces reached the village of Kafer Shalaya, in spite of being attacked with explosive devices.

Turkey is making serious efforts to reopen the M4 highway, according to the March 5 agreement with Russia. However, the threat of terrorist groups controlling the region, namely HTS, is yet to be addressed. These groups launched a large attack on Syrian government forces earlier this week.