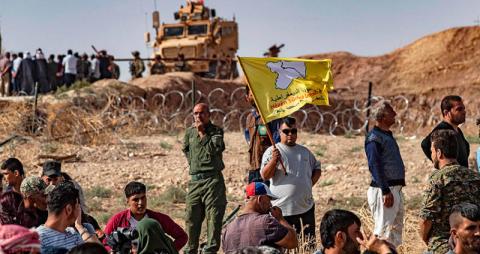 On June 10, the Syrian Democratic Forces (SDF) concluded the first stage of its security operation against ISIS cells in northeast Syria.

In an official statement, the SDF said that vast areas between southern al-Hasakah and southeast Deir Ezzor were combed with help from the US-led coalition and in cooperation with Iraqi government forces.

The group summarized the results of the first stage as follows:

The operation was launched on June 4. The SDF concluded the first phase of the operation, which covered southern al-Hasakah, on June 6. Between June 6 and 9, the operation targeted ISIS cells in southeast Deir Ezzor.

The operation led to a significant improvement in security in northeast Syria. However, ISIS cells are still active to some extent. The second stage of the operation will likely begin soon.