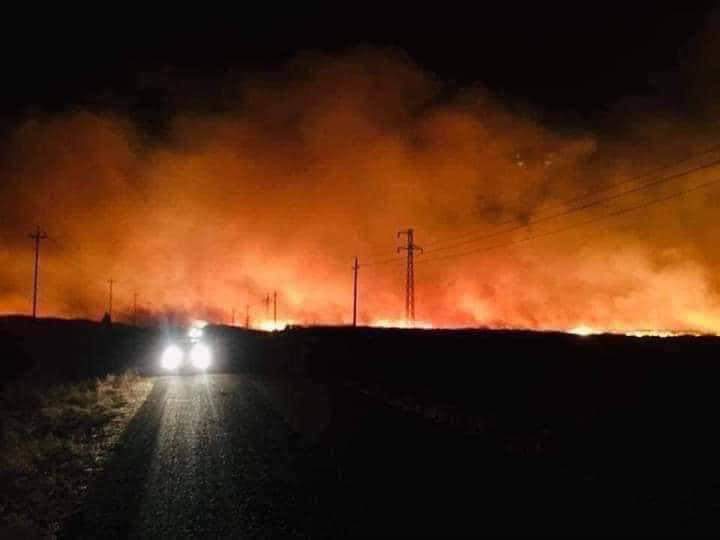 Civil sources told SANA reporter that Turkish occupation and its mercenaries of terrorist organizations set fires to large areas of the cultivated fields with wheat and barley affiliated to Tal Ward and Rabba’at villages in Abu Rasin town.

The sources pointed out that fires extended to large areas and reached the houses of people near al-Aresha where the Turkish occupation forces are positioned in Ras al-Ayn countryside in south west of Hasaka.