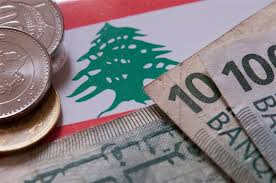 Lebanon was founded in 1920, after the end of WW1.  Lebanon was formed from part of Syria, and the Lebanese and the Syrian people share ethnicity, history, culture, religion, and geography.  However, Lebanon has a distinctive culture of its own.

Some of the problems in Lebanon today are caused by the US sanctions on Lebanon, and the interference of the US Embassy in Lebanon.  The US is waging an economic proxy-war on the Lebanese people because of the resistance movement in Lebanon.  In what can only be termed ‘collective punishment’, the Lebanese residents are suffering.

The US proxy-war on Syria, which began in 2011 and continues as economic warfare, is directly connected with the current Lebanese economic crisis. Syria and Lebanon began as one country, and their shared economic crisis is intertwined today.

Lebanon’s severe economic crisis comes amid a global pandemic and a seven-month anti-government protest movement. Since October the currency has lost 70 percent of its value, the prices of many basic goods have almost tripled, unemployment is soaring due to a combination of lock-down and business closures, and people have depleted their savings and face hunger. The middle class has been being wiped out as professionals plunge into poverty and those who are already poor face destitution

Protesters have demanded a new technocrat government, while a generation of unemployed, starving, and angry men and women who are desperate take to the streets. Hassan Diab took the helm as Prime Minister and promised to reform the former government of Prime Minister Saad Hariri, who resigned after anti-government protests against political elites, who are viewed as corrupt. However, hundreds of protesters continue to rally against the government.

“This current government proved to be a failure. We want a new government,” said Lebanese activist Neemat Badreddin. “We want stability and we want to be able to live without begging or without people having to migrate.”

The Lebanese central bank chief Riad Salameh has been blamed for corruption and fraud. Since 1979, Lebanon’s banking system has provided global access for Syrian businesses.

The country is on the verge of bankruptcy. In October 2019 the protests began, and since then the Lebanese lira sunk by 40 percent, making it impossible for the government to pay off its $90 billion foreign debt. Lebanon’s debt is now the highest debt ratio in the world, equivalent to 170 percent of its GDP.

The Lebanese lira is pegged to the US dollar, which for decades held at 1,500 Lira to 1 US dollar.  However, Lebanon has suffered a shortage of dollars seven months ago which shuttered the banks for a period, and plunged the consumers into panic and uncertainty.

Since November, the Lebanese lira has fallen from 1,500 lira to more than 4,000 to the US dollar. Prices of foods soared by at least 50 percent in May.

Despite the continued danger of COVID-19, the Lebanese took to the streets in early June to protest the government’s mismanagement of an ongoing economic crisis, as unemployment passed 35 percent and the poverty rate hit 45 percent.

Lebanon’s number of COVID-19 infections rose to 1,446 with 4 new cases detected recently, while the country has been fighting against COVID-19 since Feb. 21.

“Nobody won the Lebanese Civil War. We simply killed each other until we were so sick of killing that exhausted, punch-drunk factions signed whatever was put in front of them,” said Baria Alamuddin, an award-winning journalist commenting on the period of 1975 to 1990, during which virtually every religious sect, domination, and church took up arms against one another.  The war is over, but the sectarianism remains because the Lebanese government is based on sectarianism.  The President must be a Maronite Christian, the Prime Minister must be a Sunni Muslim and the Speaker of the Parliament must be a Shiite.  The seats in Parliament are divided by religions and sects as well.  This institutional sectarianism has been a major source of the protests beginning in October and ongoing.  The protesters are calling for a new form of government, non-sectarian and technocrat in composition.

US President George W. Bush, and his Secretary of State, Condolezza Rice, had promoted the theory of a “New Middle East” and along with several Arab nations supported the plan to attack Lebanon to eliminate the resistance.  After 33 days of war, while using sophisticated weapons, including prohibited types, Israel failed in achieving any of their goals. The resistance got stronger after the war and became a regional power.

The US foreign policy in the Middle East is designed to support Israel, which not only occupied Lebanon for 22 years, but also waged a land and aerial assault on Lebanon in the summer of 2006 which killed about 1,300 Lebanese, and displaced approximately one million Lebanese while destroying homes, businesses, and infrastructure across the country.  Israel continues to fly jets over Lebanon with impunity, on an almost daily basis and uses drone weapons which have killed and destroyed.

Lebanon’s 250,000 migrant workers make as little as $150 per month. Now many are sleeping on the street outside the Ethiopian embassy in Beirut, dumped there by their employers who can no longer afford to keep them.

“I was thrown on the side of the road like a piece of garbage. I am not garbage, how could she do this to me?” said Aseem, who hasn’t been paid for seven months.

US Embassy is expanding

The US Embassy in Lebanon began plans in 2015 for a new Embassy compound, which covers 43 acres, making it one of the largest US Embassies in the world.  Lebanon is a very small country and is only slightly larger than the US state of Delaware.  The Lebanese population is about 3 million comparing to the 1.3 billion in China which has a US Embassy of only 10 acres.

Some commentators have said that the Lebanese government is directed by the US Ambassador to Lebanon.  France is another foreign influence, recalling that Lebanon is Francophile.   The European Union has been the leading aid donor, having provided €580 million in humanitarian aid since 2011. However, there are no monitoring programs to verify where this money went, which was designated to help Syrian refugees but has disappeared.  Systemic corruption in the Lebanese political and business sectors have combined with an ongoing US attack on Syria and Lebanon, has left Lebanon facing hunger and financial ruin.