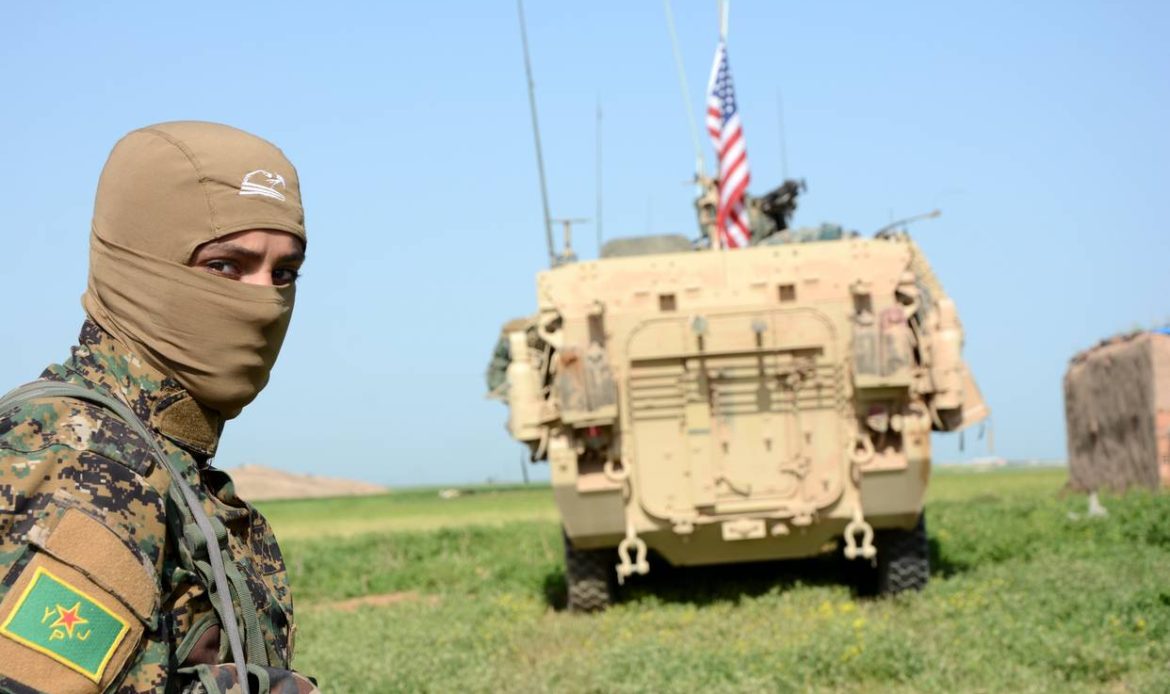 The US supports new Kurdish unity to destabilize the Middle East

The Kurdish National Unity Parties (PYNK), a newly-established umbrella group consisting of 25 parties, was formed on May 20 to support the Kurdish unity talks, which have resulted in a “common political vision” on governance and partnership following a series of US-backed talks.  The statement released on June 17 by all parties is the culmination of talks which first began in October 2019, and are based on the 2014 Duhok Agreement, in which the parties reached a power-sharing compromise, but the agreement was never implemented. Talks will continue until a final agreement on matters related to finance, administration, and the military is reached.

The deal comes after months of talks between the two main players who stand on nearly opposite sides of the Syrian conflict.

“You could say the PYD is anti-Erdogan, not anti-Assad; and ENKS is anti-Assad, not anti-Erdogan,” Rena Netjes, an associate fellow at the Hague-based Clingendael Institute said in an interview in May.

US-backed talks began in April at a US military base outside the Kurdish occupied city of Hasakah, which envision equal representation in the government for the rival groups and merging their military forces.

Nearly at the same time, the statement of proposed Kurdish unity was released, the bombing began Tuesday night and continued throughout the day Wednesday, carried out by the Turkish military, which had expanded its military operations in Iraq last summer against PKK targets.

The ENKS is a member of the Syrian National Coalition of Revolutionary and Opposition Forces, which is based in Turkey and has political backing from the Kurdistan Region, Turkey, and Europe. The ENKS had originally allied with PYD as part of factions opposed to Syrian President Bashar al-Assad, but fell out when ENKS accused the PYD of assassinating and jailing its members and running a one-party state in ‘Rojava’.

Syrian National Coalition of Revolutionary and Opposition Forces is based in Istanbul, Turkey, and was the political wing of the Free Syrian Army (FSA), which was created by President Obama in 2011 when he started his war on Syria for ‘regime change’.  However, the FSA failed due to lack of support from the Syrian population but called on their brother-in-arms Al Qaeda worldwide, who answered their call and Idlib remains the last Al Qaeda controlled area in Syria.  The FSA no longer exists.

Syrian Kurds in ‘Rojava’ supported by the US, but not Turkey

The PYD seized control of a large area in Syria’s northeast, where the Kurds are a minority.  The Kurdish fighters displaced non-Kurdish residents and made thousands homeless, while the Kurds established a self-governing Kurdish administration, which they termed ‘Rojava’.

The Commander in Chief of the Syrian Democratic Forces (SDF) is General Mazloum, who uses the surnames of Abdi and Kobane interchangeably, and visited Baghdad in early June to discuss security.  The SDF had been strategic partners with the US military on the battlefields to defeat ISIS. However, President Trump cut the alliance when he suddenly announced a US troop withdrawal from Syria, to win the 2020 election.  US Secretary of State Mike Pompeo convinced Trump to remain occupying Syria to confiscate the oil, which would be used to support the SDF, and prevent Syria from rebuilding after the 9 years of war begun by Obama.  Even though Turkey invaded ‘Rojava’, the US presence and support of the SDF and their YPG allies have kept the Kurdish administration in the northeast.

Should this new agreement forge a common front, it would in theory allow the PYD to be represented at now frozen UN-sponsored talks in Geneva, which are to create a modified constitution for Syria, and followed by Presidential and Parliamentary elections.  The PYD has not been allowed to participate because of Turkey. The PYD was founded by members of the Kurdistan Workers Party (PKK), which has been fighting the Turkish army on and off since 1984. The group is designated as a terrorist organization by Turkey, the US, and the EU.

Nechirvan Barzani is President of the Kurdistan Region of Iraq, which is northern Iraq’s semi-autonomous Kurdish region. The 2014 Duhok Agreement was brokered by Massoud Barzani.  The Kurds of Iraq are involved in the talks concerning the Syrian Kurds.

Iraqi parliamentarians and officials condemned the attacks by Turkey recently.

President Erdogan may feel his plunging public support in Turkey and the crashing economy can only be reversed by engaging with the Kurds.  Turkey is a key player in the US-NATO attack on Syria for ‘regime change’; however, Turkey sees Kurdish unity as an existential threat, and they see the PYD as the Syrian branch of the PKK, which are responsible for the loss of tens of thousands lives since it started in 1984. Turkey began military operations in Iraq last summer against PKK targets.

Turkish ground forces backed by fighter jets were pounding PKK targets during the third day of their “Claw-Eagle” offensive against the PKK in Iraq’s Kurdistan region.

Ankara has also aired its displeasure over the Kurdish unity talks, calling them an effort “to create an international representation space” for “the terrorist organization in northern Syria.”

Turkey said Wednesday it has airlifted troops into northern Iraq for a cross-border ground operation against Turkey’s Kurdish rebels. Turkey said the operation, dubbed “Claw-Tiger”, came after a “recent upsurge in attacks on our police stations and military bases” near the Iraqi border.

The PKK has supported the unity talks as it faces continuing military attacks from Turkey, who regularly carries out air and ground attacks against the PKK, which maintains bases in northern Iraq.

Turkey feels justified, saying neither the Iraqi government nor the regional Iraqi Kurdish administration has acted to remove PKK terrorists who use Iraq’s territory to stage attacks on Turkey.

In Wednesday’s operation, dubbed Operation Claw-Tiger, Turkey hit PKK targets in several locations in Iraq’s north, including Sinjar, targeting 81 terrorist hideouts, which have become a new base for PKK commanders.

Zagros Hiwa, a spokesperson for the military wing of the PKK, said fighting was continuing in the Haftanin area.

The US is pressing for PKK members to be purged from the ‘Rojava’ administration to make it more acceptable to Turkey, as evidenced by Sabri Ok, who was seen as “the PKK commissar” in ‘Rojava’, leaving Qamishli.

Kawa Sheikhmous, a PKK official who was in Iraq’s northern Kurdish region Tuesday, criticized the Iraqi government for not taking a stronger stance against Turkish attacks.

“We condemn this act and consider it against the interests of the people,” he said. “Our message to the Iraqi government is that it should not tolerate this interference in the sovereignty of Iraq.”

US Ambassador William Roebuck, the American deputy special envoy to Syria, commented on the unity agreement, “On behalf of the US Government I want to commend both sides for the hard work they’ve done to reach the progress reached so far.”

The Facebook page of the US Embassy in Syria stated, “This understanding symbolizes an important first step towards greater political coordination between Syrian Kurdish political factions with the support of the United States and will contribute to a peaceful resolution of the Syrian conflict under UN resolution 2254 by helping all those Syrians opposed to the Assad regime.”

While Turkish forces attack Iraqi Kurdistan, Iran was shelling areas of the semi-autonomous province along its borders.  Iran has a Kurdish population and does not want the US supporting them, and using them as a tool to fight the Tehran government.  Iran supports the sovereignty of Iraq and Syria and is opposed to ‘Rojava’.