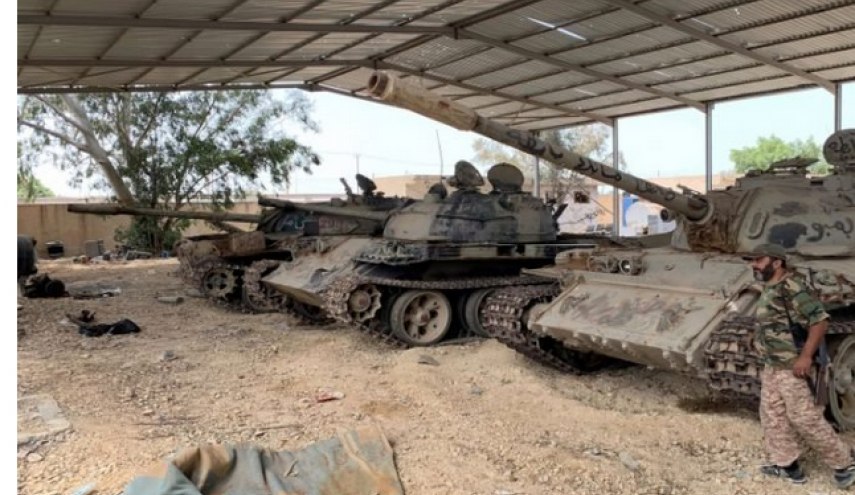 The ongoing conflict between Hay’at Tahrir al-Sham (HTS) and the so-called Fa Ithbatu operations room in Greater Idlib is escalating.

Early on June 24, HTS’ security forces besieged and then raided the main headquarters of Ansar al-Din, a key member group of Fa Ithbatu, in the town of Saramada in northern Idlib.

Ansar al-Din said in a statement that HTS allowed its militants to leave the headquarters only after an intervention from a mediator called Abu Abdullah al-Iraqi. Following the withdrawal of Ansar al-Din’s militants, HTS security forces seized all the weapons, equipment and documents, which were inside the headquarters.

Meanwhile, clashes are still ongoing between HTS and Fa Ithbatu west of Idlib’s city center. The Syrian Observatory for Human Rights confirmed that both sides have sustained casualties without providing any specific numbers.

Some opposition activist claimed that Fa Ithbatu militants captured a number of checkpoints and Idlib’s central prison from HTS. However, this is yet to be confirmed.

The arrest of Ansar al-Din’s commander, Abu Salah al-Uzbeki, and Liwa al-Muqatlin al-Ansar’s commander, Abu Malek al-Tali, by HTS was seen as a declaration of war by Fa Ithbatu. The conflict will likely escalate into a full-on military