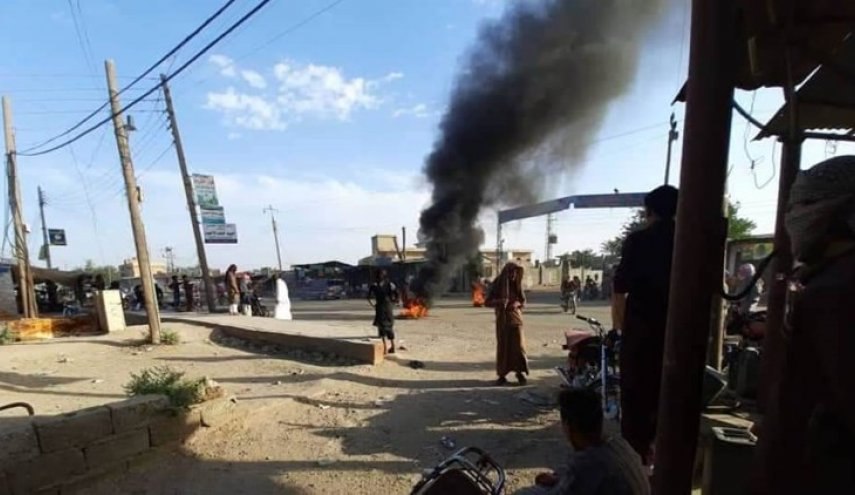 According to opposition sources, the colonel was shot and killed by the group’s fighters as he was leaving a mosque in the town of Kafr Ghan, near the town of Azaz.

“With the grace of God Almighty, Caliphate soldiers targeted an officer from the apostate Sahawat [term for Sunni factions fighting against al-Qaeda or ISIS] in the village of Kafr Ghan in the vicinity of the town of Azaz, with a handgun, which led to his death, praise be to God,” the ISIS news agency Amaq said in a statement.

Born in 1964, Bakar is from the town of Buwaydah al-Sharqiyah in southeastern Homs. He became an officer in the Syrian Arab Army (SAA) after joining the Military Engineering Academy. He was sent to Russia where he finished his academic study before returning to the army’s ranks.

Col. Bakar defected from the SAA in August of 2012. Then, he joined the so-called Free Officers Movement. However, soon after he went to teach in Idlib’s local collage. He returned to military work a while ago by joining the Turkish-backed Syrian National Army.

The assassination of Col. Bakar was not the only attack by ISIS cells in the Turkish-occupied part of northern Aleppo on June 23. The terrorist group also claimed responsibility for a bombing that targeted a Turkish military vehicle on a road near the city of al-Bab.

ISIS cells used to be largely inactive in Turkish-occupied areas. The new attacks may have been the group’s response to the recent assassination of its commander, Fayz al-Akal, who was hiding near al-Bab.