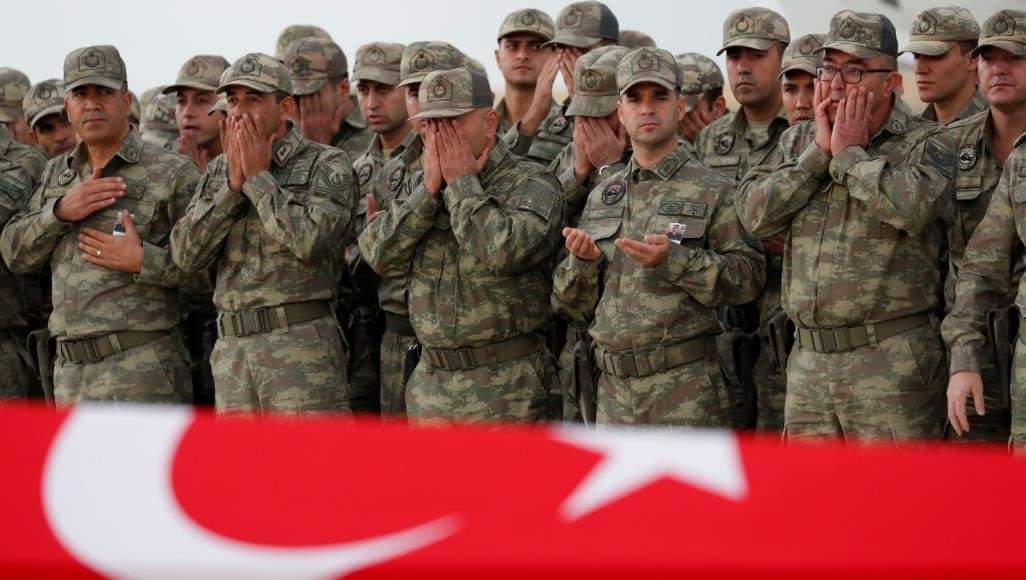 The Turkish Ministry of Defense announced in a statement on Wednesday that a Turkish soldier was killed and two others were wounded in the southeastern part of the country after they came under fire from the Iranian side of the border.

The statement did not say who shot the soldiers.

The ministry indicated that the soldiers were on a reconnaissance and observation mission along a border town in the Hakkari province of southeastern Turkey when the shooting took place.

Turkey has been fighting the Kurdistan Workers Party (PKK) on its borders with Syria and Iraq for decades, while also dealing with the PKK-aligned PJAK group on its border with Iran.

Both Iran and Turkey have recently teamed up in Iraq to launch simultaneous attacks against the PKK in the Iraqi-Kurdistan region of the country.

This operation was condemned by Baghdad, as it was not given the green light by the Iraqi government or military.