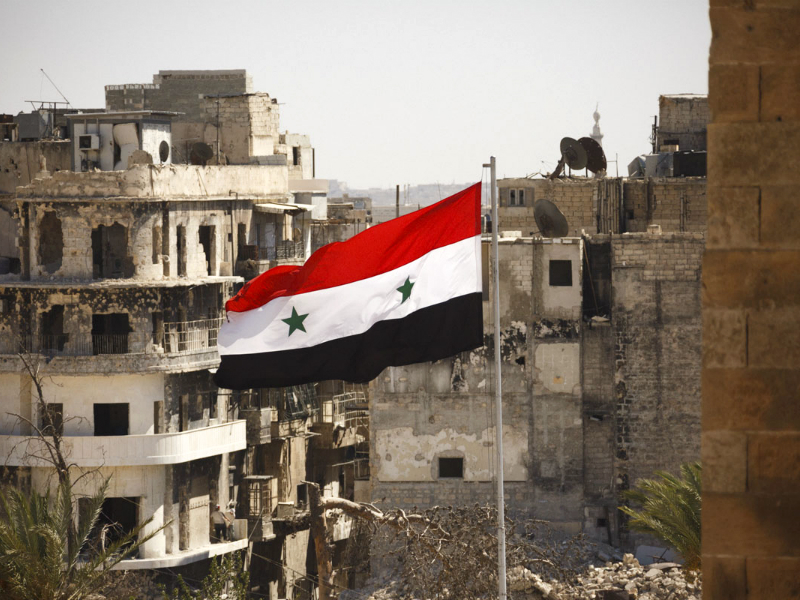 The new US sanctions escalate the suffering of the Syrian people

The Editorial Board of The Washington Post published an opinion on June 24, “Syria’s brutal dictatorship suffers a severe setback”. It is an opinion; however, they must be held responsible for factually incorrect statements.

They call the Assad government of Syria the “Middle East’s most brutal dictatorship”.  President Assad is an elected president, having won the majority in an open election in 2014 of three candidates, which was observed by an independent international team.  The term brutal may have alluded to accusations of the use of chemical weapons; however, according to James Mattis, while serving as Defense Secretary under President Trump, the US has no evidence that Assad used chemicals.  President Obama drew a red line at chemical use, and when the famous attack occurred in East Ghouta in 2013 the world held their breath waiting for a US military attack, but after Obama was informed by the UK Defense Lab at Portadown that the chemical sample from East Ghouta was not from Syrian government supplies, Obama terminated the attack, refusing to be duped by the terrorists into attacking Syria based on a lie.  The US invasion and destruction of Iraq was based on a lie, which made Obama wary to repeat what George W. Bush had done.

The editorial refers to Idlib as “the last major rebel stronghold”.  Idlib is under the occupation of Al Qaeda terrorists.  Al Qaeda is not “rebels”,  Al Qaeda is an internationally outlawed terrorist group according to the UN, EU, US, and many other countries.  The UN Charter, which the US signed, states all members must fight Al Qaeda wherever they are found.  The war on terror is a global fight. The Al Qaeda branch in Syria was called Jibhat al-Nusra, which changed its name to Hayat Tahrir al-Sham. Regardless of their name-changing attempt at disguise, they have never been “rebels”, but are fighting to establish an Islamic government in Syria, with Islamic law as the constitution. The establishment of an Islamic State in Syria is against all American values, both politically and culturally.

The editorial continues praising the new sanctions recently enacted “sanctioning of any foreign actors who provide support to the Assad regime, its air force, its oil industry or reconstruction projects”.  This is misleading, as it implies those sanctioned would have been dealing with the Syrian government.  The truth of the sanctions, which the editorial board skillfully left out, is that anyone in Syria who would like to rebuild their home, farm, factory, store, office, private school, private hospital, or any personal or private property is prevented from using any foreign products to do so.  These sanctions are not only against foreign companies selling reconstruction supplies to the Syrian government but are the threat of sanctions against any company outside of Syria who would dare to sell anything to any private person, or private company in Syria.

Dr. Yazji, who owned a private hospital in Syria for decades, which was attacked, occupied, looted, and destroyed by terrorists following Radical Islam in the early years of the conflict, is prevented from buying the medical equipment he needs to restock the hospital.  Specialty machines and supplies from medical firms in the UK, France, and Italy are prevented from entering Syria, even though the Syrian government has no role or benefit from the imported items.  Dr. Yazji, who had dreamed of refurbishing his hospital, re-hiring staff, and serving his community, will remain unemployed because of the US sanctions which the Editorial Board “credits” the US Congress with.

The US media has written countless articles about the dire conditions of the medical sector in Syria after 9 years of war.  However, the US sanctions prevent repairing any hospital, whether it is a Syrian Public Hospital under the Ministry of Health or one of the hundreds of private hospitals. The US Congress and Secretary of State Mike Pompeo are well aware that the sanctions they have enacted against the people of Syria will prevent their health care from improving.

Another glaring untruth stated by the Editorial Board is “The initial round of Caesar Act sanctions announced by Secretary of State Mike Pompeo was relatively modest, targeting the Assad clique and Iranian militia leaders”.  The sanctions are not targeting a small group at the top of the Syrian government.  The sanctions are targeting every person who lives in Syria today and includes Syrians living abroad who had been waiting for peace to be restored so that they could go home and rebuild their lives.  Now, those dreams are dashed, as they realize they can never rebuild their home and business and start generating a sustainable income once more.  The US sanctions are designed to keep the Syrian refugees outside because if the refugees start coming home again that means the conflict is over and Syria is recovering.  That is a political message that the US Congress never wants to tell.  The US foreign policy on Syria is clear and easily understood: keep the citizens in a constant state of suffering and deprivation, and keep blaming the Syrian government for their suffering.

A healthy, prosperous Syrian economy must be prevented.  Syrian refugees must be kept far-away from home, and they should be encouraged to not return home.  By keeping the economy in ruins, the US Congress keeps the Syrian war going, even though Trump cut off the CIA funding of terrorists in 2017.

The Editorial Board admits the sanctions are a “squeeze on the average Syrian”, as the sanctions “helped crash the Syrian currency, which has lost two-thirds of its value since the beginning of the year.”  The Syrian Lira (SL) held at 50 SL to $1.00 from 1992 to 2011.  From the effects of the newest US sanctions, the currency rose to 3,800 SL to $1.00 recently.  Imagine a dinner for two which you were used to paying $50.00 for in a US city, and then you go back to the same place and order the same meal and the bill is suddenly $4,000.00.  Imagine the hardship of Syrians trying to feed their families in this economic crisis, and remember that not one loaf of bread from the US has ever arrived in Damascus to feed the poor.  The billions of US AID goes to Idlib and the foreign countries which host Syrian refugee camps.  The law-abiding Syrian citizens who never left home or supported Al Qaeda or ISIS are deprived of aide.

While the media often portrays Syria as a ghost town, with the majority of the population having left during the years of greatest conflict, the truth of the matter is the vast majority of the Syrian population never left.  The experts consistently state that approximately one-third of the population left Syria, but that leaves about two-thirds inside Syria today, and suffering from the US sanctions, which began in 1979 but are now hitting a crescendo.  The US Congress should be concentrating on how to help the UN process for peace, which is outlined in resolution 2254, instead of concentrating on how to make the Syrian people suffer.  But, after all, that is just my opinion.