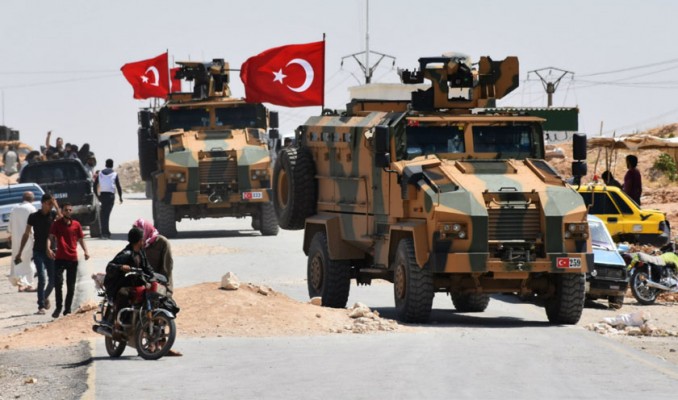 Turkey is preparing to open a Pandora’s box in Libya

Ankara’s actions could lead to a humanitarian disaster

Minister of State for Foreign Affairs, Anwar Gargash, of the United Arab Emirates (UAE), confirmed in media statements on June 25, that Turkey and loyal armed groups are preparing to attack Sirte, calling for joint efforts to save the city. He explained that more than 60,000 civilians inside the city should be saved and a long-term political solution found in Libya. Gargash stressed the futility of a military solution to the Libyan conflict.

He explained that the League of Arab States (LAS) made a sharp statement condemning the presence of foreign forces in Libya, calling for a ceasefire, the expulsion of mercenaries from Libya, and a return to the political process. Gargash noted that diplomatic efforts were needed to avoid confrontation in Sirte, to achieve a ceasefire and later a political settlement. According to Gargash, the Turkish approach to relations with Arab countries is wrong and shows that the Turkish ruling “Justice and Development Party” of President Recep Tayyip Erdogan wants to revive the imperial ambitions of the former Ottoman Empire.

Sarraj and Erdogan are against Peace

Gargash’s statement came after Ahmed Abu al-Gheit, Secretary-General of the LAS said on June 23 that LAS opposed the internationalization of the armed conflict in Libya. According to the communiqué of the regional organization, the main objective of the LAS in Libya should be to facilitate a cessation of hostilities that will allow the Libyan parties to resume their participation in negotiations within the framework of a joint military committee.

The confrontation continues in Libya between the Government of National Accord (GNA), led by of Fayez Sarraj, which controls Tripoli and the territory in the west, and the Libyan National Army (LNA), led by Field Marshal Khalifa Haftar, which cooperates with the Libyan Parliament in the east. The GNA is supported by Turkey, while the LNA is supported by Egypt, Saudi Arabia, and the UAE.

On June 6 in Cairo, Egyptian President Abdul Fattah al-Sisi met with Khalifa Haftar and the speaker of the Libyan House of Representatives (HoR) Aguila Saleh. As a result of the meeting, the Egyptian leader announced the “Cairo Initiative”, which includes a ceasefire throughout Libya from June 8 and conditions for a political settlement. The initiative was supported by Arab states, including Saudi Arabia and the UAE, the EU, the US, and Russia. GNA and Turkey opposed it.

Representatives of the GNA are refusing the truce and declare their readiness to reach eastern Libya, which is the homeland of Muammar Gaddafi and the center of Libya’s main oil region at Sirte. The LNA is not going to give up Sirte, and the GNA and Turkey are not agreeing to peace, preferring first to take the city. Turkey’s actions caused opposition from Egypt, which prompted President al-Sisi on June 21 to call on the Egyptian army to be fully operational.

Turkey’s unpreparedness for peace and the aggressive actions of the Erdogan regime in Libya have led to the danger of turning the Libyan civil war into a large-scale regional conflict.

On June 25, France, Germany, and Italy called for a truce in Libya. A day later, French President Emmanuel Macron and Russian President Vladimir Putin announced the need for a truce during a telephone conversation. But Turkey and its Libyan allies are not listening to calls for peace.

Recently, Turkey’s actions in Libya have been actively criticized by representatives of European and Arab countries, both politicians and experts.

Muhammad Bakkar, an adviser to the International Criminal Court (ICC), confirmed on the Al-Arabiya channel: “Turkey committed war crimes against humanity during its attack and brought mercenaries to fight in Libya”.

In a joint press conference with Tunisian President Kais Saied on June 22, French President Emmanuel Macron said that Turkey is playing a dangerous game in the Libyan conflict and is violating the Berlin Conference. President Macron stressed that it was in the interest of Libya itself, its neighbors, and Europe to stop foreign intervention in Libya.

On June 24, an LNA spokesman, Major General Ahmed Al-Mismari,  said that the Turkish presence in Libya is a threat to the entire region. According to him, Turkey is also trying to penetrate several African countries, such as Niger and Chad. Turkey received a blow in Sudan when the people and the army cleansed the country from the Muslim Brotherhood. But it is continuing its invasion of Somalia, Eritrea, and Yemen, as President Erdogan surrounds Saudi Arabia, Libya, and Egypt.

Egyptian Foreign Minister, Sameh Shoukry,  said on June 23, ” Egypt has long warned against the danger of terrorism in Libya… Egypt does not and will not tolerate terrorism and its backers, and will not hesitate to take measures to prevent Libya from falling prey to terrorist groups and armed militias.”

For Egypt, it is of fundamental importance to prevent terrorist groups supported by Turkey from advancing towards the Arab country’s western border.

Previously, Turkey was repeatedly accused of transferring Islamist militants, including terrorists from Syria to Libya.

The Syrian Observatory for Human Rights (SOHR), based in Britain, has repeatedly stated that Ankara has sent fighters associated with ISGIL and Al-Qaeda to Libya.

“Since last October, Turkey began transferring fighters affiliated to ISIS and Al Qaeda to Libya, contributing to the increasing spread of terrorism in Syria and Libya,” said the Director of the Syrian Observatory for Human Rights (SOHR), Rami Abdel-Rahman, on May 25.

On June 9, Ahmad Mismari accused President Erdogan and the Turkish authorities of war crimes on Libyan territory. He said 20,000 civilians had fled to Cyrenaica from Tarhuna, which was recently occupied by the GNA forces. The information about the massacres of the LNA fighters in Tarhuna was also confirmed by the video, in particular, which depicts how the pro-Turkish forces burned the houses of civilians.

The eastward movement of Turkey and its Libyan allies could lead to the emergence of terrorists near Egypt’s western border. As a result, there is a danger of destabilizing the largest country in the Arab world with unpredictable consequences for the entire region.