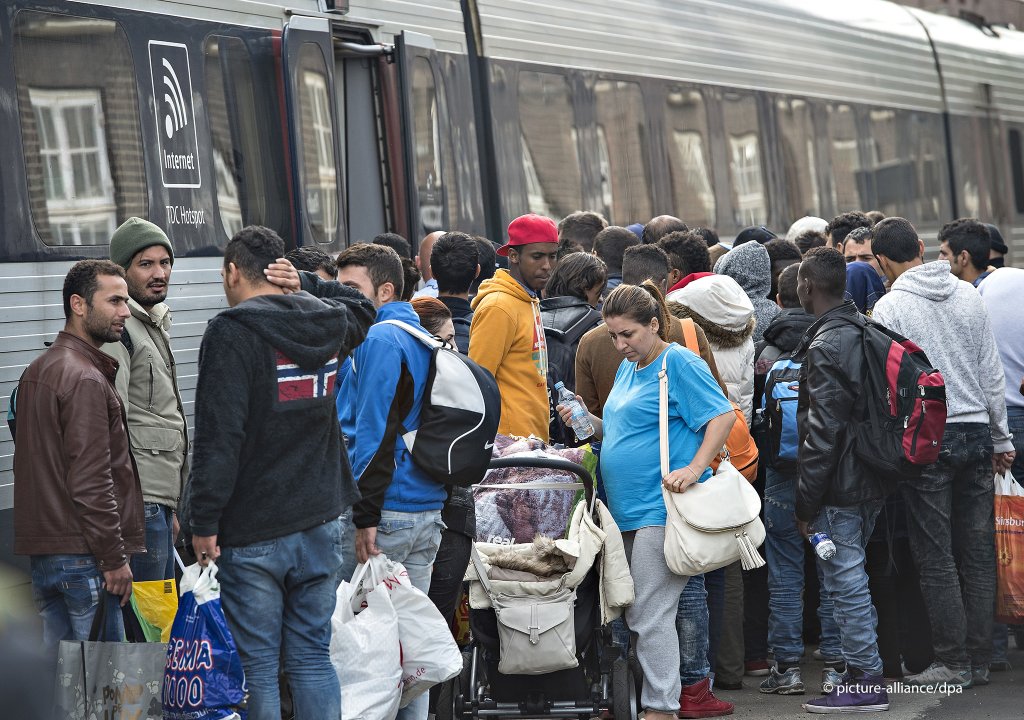 There are over 40,000 Syrians living in Denmark, a nation of 5.8 million, and the Danish government is reviewing residence permits for 900 Syrian refugees from Damascus who had Temporary Protected Status (TPS). With Damascus now safe from terrorist attacks there is no reason they can’t return home.  In December 2019 Denmark became the first country to deny a Syrian asylum seeker on the basis that Syria is now safe. Recently, the Refugee Board has intervened in five cases of Syrians from Damascus, saying the area doesn’t warrant protection.

The Syrian central government at Damascus has control of most of the country, except for Idlib, which remains under Al Qaeda terrorist occupation.

Danish Integration Minister, Mattias Tesfaye, said that refugees asked to return would receive travel money while adding “Last year, there were almost 100,000 refugees returning to Syria from the surrounding areas. I think it is fair that the people who live here in Europe also return home if they don’t need protection. Whenever possible, it is only natural for refugees to travel back to their homeland,” he said. “I am glad that we can give people protection while it is needed. But I’m also happy every time a refugee can return home.” He stressed that Syrians living in Europe should do the same.

For the first time since 2011, the number of new arrivals in Denmark last year was smaller than those leaving the country, with 886 Syrian who left Denmark and 563 who arrived.

Human rights activists and Syrian ‘experts’ have criticized the announcement because they feel no area of Syria is currently safe to return to.  The situation on the ground, which is well reported by media, proves that Syria is enjoying peace in most areas of the country. Damascus, Aleppo, Homs, Hama, and Latakia are all free of terrorist occupations, or attacks.  No one is encouraging anyone to travel to Idlib which is under terrorist control and is the subject of ongoing negotiations between Turkey and Russia.  Turkey supports the Al Qaeda linked terrorists who control Idlib, while Russia is a partner with Syria in the global war on terror.

The UN High Commissioner for Refugees spokeswoman Elisabeth Arnsdorf Haslund said, “Unless the situation in Syria is significantly improved in terms of ensuring protection for the population, UNHCR calls on states that have received Syrian refugees – including Denmark – to continue their protection.”  The UN contends that they see no prospect for a peaceful solution to the long-standing conflict in Syria, even though UN resolution 2254 is the basis for ongoing negotiations in which the Syrian government has participated. Some have wondered if the UN is part of a US-NATO-EU plan to prolong the Syrian conflict.

In June 2015, Danish voters took a swing to the right with an anti-immigrant, anti-European Union party. The current Social Democratic minority government, which came to power in 2019, is regarded as having a relatively restrictive immigration policy. When Syrians want to renew their residency permit some may be asked to sign a document agreeing to voluntarily return to Syria.

The national-conservative Danish People’s Party has no qualms about cooperating with Syrian President Assad, and sees the Syrians returning to their homeland as an important first step towards peace; however, the Social Liberal Party supports the UN’s view that Syrians should not go home, and sending them back would imply cooperation with President Assad, which Copenhagen has avoided.  The division in Denmark on the subject is along political lines, and not humanitarian concerns. The US, UN, and EU are using the refugees in Europe, as well as those in camps in Turkey, Jordan, and Lebanon, as bargaining chips in a political game of who surrenders first.  The ultimate goal for the west is regime change.  They began the plan in 2011, but so far their side has been losing.  They are hanging on to Idlib and the refugees as important cards in their hands.

Germany is a haven for Syrians for now, but the government periodically reviews the situation. In 2015, 790,000 Syrians walked through Europe to arrive in Germany to take up the free offers. Some left behind a home destroyed by war and the loss of loved ones. While others left behind a home, office, job, farm, or other valuable assets in safe locations, such as Latakia, Banias, and Tartous: places which had never been bombed or occupied by terrorists.  Some of the refugees had a new life in mind when they took the boat from Turkey, while others easily paid the 3,000 Euros to Turkish smugglers knowing they could recoup that amount in free services in Germany quickly. It became a matter of jealousy among many Syrians, when they saw others living a life of luxury in Germany, they felt it their right to follow suit. Many of those walking through Europe in the summer of 2015 were young men, having left behind their parents, wife and family members in safe locations in Syria, willing to suffer the cost and hardship of walking to Germany from Greece while knowing they would later be able to send Euros back home to Syria each month.

Mainstream German politicians have seen the decrease of military activity in Syria and want refugees to eventually go back home. The Alternative for Germany Party, which has an anti-Islamic and anti-immigration ideology, has been arguing for returns to begin once the war has ended.  The right-wing in Germany and Europe have pointed to an erosion of society and Islamist attacks. Europe remains deeply divided along political lines, and the EU has failed to institute a fair system on the distribution of refugees across EU member states.

While there are no forced deportations to Syria currently, hundreds of Afghan refugees have been returned home since 2016, including those who had started a new life in Germany and had seemingly integrated well.

In December 2019, the Ministry of the Interior commissioned the federal government to start a process that could be used to deport criminal offenders and persons that “threaten public safety”.

In August 2019, German Interior Minister Horst Seehofer threatened the many Syrian refugees who take a summer vacation in Syria, while benefiting from the German welfare system. “If somebody, a Syrian refugee, regularly takes holidays in Syria, he cannot honestly claim to be persecuted in Syria,” Seehofer told Bild am Sonntag weekly.

“We would have to strip him of his refugee status,” he added, and a probe of the refugee status would be launched when German officials learn of such holiday trips. “When the conditions allow, we will conduct deportations,” he said referring to the monitoring of the safe conditions in Syria.

In 2015 when over a million refugees and migrants entered Europe, thousands transited via Denmark to reach neighboring Sweden, which took in 163,000 migrants in 2015 alone, the largest number per capita of any European country and is third in the world behind Canada and Australia.

Sweden has grown increasingly secular over recent decades, and the influx of Muslims from war-torn countries has greatly impacted politics and society. The Sweden Democrats (Sverigedemokraterna), a right-wing populist party is now the third-largest party in the Swedish parliament. The party’s main point is to halt asylum immigration, which is predominantly Muslim and has over-burdened the welfare system, and affected the liberal, secular Swedish culture.  The Sweden Democrats have identified Islam as a problem long before 2015, and are frustrated that Muslims have not assimilated into secular Sweden.