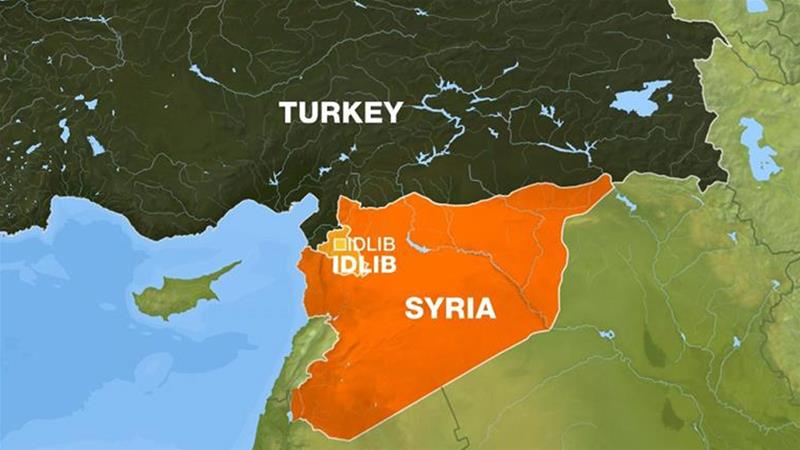 Following a week of tension between Western governments and those of Russia and China, the UN Security Council (UNSC) passed a resolution on Saturday allowing the use of the Bab al-Hawa crossing point from Turkey to Idlib for one year.  The final vote was 12 in favor, while Russia, China, and the Dominican Republic abstained.

The UN and humanitarian groups had demanded two crossing points along the Turkish border with Syria to deliver aid to the residents of Idlib, which are estimated to be about 3 million; though, the true count is thought to be far lower. Moscow countered that aid should be delivered from within Syria and that only one crossing point is necessary.

Selim Tosun, a representative of the Humanitarian Relief Foundation (IHH), a Turkish charity, and confirmed 37 truckloads of humanitarian aid was delivered to Idlib.

The UN estimates that 9.3 million people are now “food insecure” in Syria. The price of food is now over 200% higher than at the same time last year, according to Danielle Moylan, of the UN. The number of people who cannot afford adequate food rose by 1.4 million in the last six months and is now at its highest since the conflict began. The needy are in areas across Syria; however, western media and humanitarian agencies focus exclusively on Idlib, which is only one small place in Syria, and under Al Qaeda occupation, but garners all the international focus and concern.

The Syrian central government in Damascus has regained control of most of the nation’s territory, with the main exception of the province of Idlib, which is under the occupation of Al Qaeda terrorist groups, and their allies. Idlib is an agricultural area which grows olives and various tree and ground crops. It has no industrial value, and its importance lays in the fact it sits on the Turkish border, and Turkey has consistently supported the terrorists in Syria from 2011 until the present.  The current residents in Idlib are not the original homeowners and landowners but instead are transplanted to Idlib from various areas around Syria which had been under terrorist control but surrendered under a deal with Damascus to vacate by bus to Idlib, along with their extended families and weapons. Also present are thousands of foreign terrorists who have no connection to Syria, or Idlib, such as about 3,500 Chinese terrorists, the Uyghurs, of the East Turkistan Islamic Party.

The poverty rate is approaching 90 percent, while the official exchange rate being 1,250 SYP for each USD 1.00, the collapse of Syria’s currency has plunged more people into poverty. High unemployment due to US-EU sanctions is exacerbated by restrictions to battle COVID-19. Many Syrians have had to borrow money to meet basic needs and are eating less. Prices for food staples such as rice, sugar, flour have also seen high increases. The national average food basket in June (SYP 84,095), is up 153% compared to December 2019. Nine years of conflict have stretched livelihoods and services to the breaking point across Syria, not only Idlib.

Serena Shim was an American citizen from Detroit, Michigan, mother of two, and a 29-year-old journalist working for Press TV covering the Syrian conflict. She delivered her final broadcast on October 17, 2014, in which she said she was frightened. She had amassed evidence of terrorist training camps on the Turkey-Syria border, had interviewed terrorists, and had video footage of UN ‘World Food Programme’ trucks smuggling armed terrorists into Syria at the Bab al-Hawa crossing.  The Turkish National Intelligence Organization (MIT) had labeled her a ‘spy’ after they realized she knew too much.

Two days later, she was killed in a suspicious car crash in Sanliurfa province, Turkey. Her cousin, Judy Irish, also an American citizen, was driving the rental car when a cement mixer crashed into their small car.  Irish was not seriously injured and was taken to the nearest hospital at Suruc; however, Shim was transported over 30 miles to a separate hospital where she was later pronounced dead.  Her mother, Judy Poe, viewed the corpse and was surprised to see Shim had no visible injuries, “One little teeny piece of hair was out of place. Her makeup was completely on, her eyeliner. Everything. There was not a scratch on her,” she said.

Irish recounted the crash to media, “I was driving in the fast lane on a three-lane, one-way highway. The semi-truck was behind me in the middle lane. He sped up very quickly and cut in front of me and made me crash into him.”

Even though both women were American citizens, the United States government did not attempt to investigate her suspicious death to the dismay of her family and journalists. The driver of the concrete mixer, Sukru Salan, was accused by the Public Prosecutor Office of causing “death through negligence.” The trial was set for March 2015 in Suruc, but mysteriously never occurred.

Health workers in Idlib announced their first case of COVID-19.  The German media posted a video concerning the possibility of a humanitarian disaster brewing in Idlib.  The Syrian Ministry of Health (MoH), as of July 7, 2020, has reported 372 COVID-19 cases across Syria, of which 232 were active, 126 recoveries, and 14 registered deaths. The first positive case was announced on March 22, with the first death reported on March 29.  Western countries are strictly focused on Idlib, and seemingly discount the value of human life across Syria. Due to the US and EU sanctions, Syria cannot import medicines and medical supplies to fight COVID-19 or even chemotherapy drugs. The WHO has delivered some supplies, while Russia and China as well have delivered some supplies to Damascus.

Russia objects to aid being delivered only to Idlib, which is under the occupation of Al Qaeda. Dmitry Polyansky, Deputy Russian UN envoy, complained the Idlib area is, “controlled by international terrorists and fighters and it is impossible to monitor, “ and he added after the vote, “Russia is consistently in favor of humanitarian deliveries to Syria with full respect of the country’s sovereignty and territorial integrity and with coordination of its legal government. This issue should not be politicized.”

Zhang Jun, China’s permanent representative to the United Nations, said cross-border operations should strictly follow the UN General Assembly resolution 46/182, that humanitarian assistance must be provided per the principles of humanity, neutrality, and impartiality, and that the sovereignty, territorial integrity and national unity of states must be fully respected per the Charter of the United Nations.  That would mean that Damascus should be the distribution point of aid.

Zhang said China had asked the US and EU to consider the years of their sanctions on Syria, and the negative impact on the lives and health of the Syrian civilians; however, China’s proposed amendments to the resolution were denied.   Zhang criticized the US for imposing sanctions, which hampered the Syrian government’s ability to deliver humanitarian aid to its people. He also proposed an objective assessment by the United Nations Office for the Coordination of Humanitarian Affairs (OCHA) on the impact of the sanctions on Syria’s humanitarian crisis.