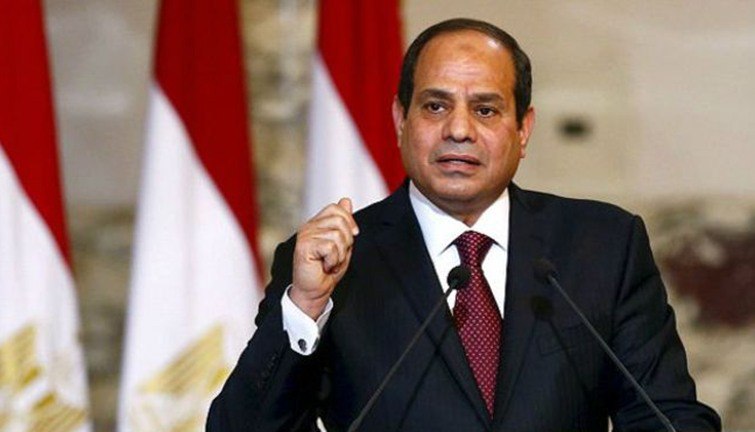 Egypt has the strongest army in the region and it can change the battle in Libya quickly: Sisi

Egyptian President Abdel Fattah El-Sisi said that Egypt will not stand idle in the face of any moves that constitute a direct and strong threat to national security, not only Egyptian and Libyan, but also Arab, regional and international.
According to the statement of the Egyptian presidency , Sisi said, “The main goal of the Egyptian efforts at all levels towards Libya is to activate the free will of the Libyan people for a better future for their country and for future generations of their children.”
The Egyptian President stated that ” the red lines that he announced before are mainly a call for peace and an end to the conflict in Libya.”
He said, ” Egypt possesses the strongest army in the region and the continent of Africa , and is able to change the military scene quickly and decisively in Libya if it wishes to do so.”
He stressed that “when the Egyptian forces enter Libya, the Libyan flag will be headed by tribal elders.”
For their part, the sheikhs and notables of the Libyan tribes expressed their full authorization to Sisi and the Egyptian armed forces to intervene to protect Libyan sovereignty and take all measures to secure the national security interests of Libya and Egypt and face common challenges, in order to consolidate the Libyan parliament’s call for Egypt to intervene to protect the Libyan people and preserve the unity and territorial integrity of his country.
This came during the Egyptian President’s meeting with the sheikhs and notables of the Libyan tribes under the slogan “Egypt and Libya are one people and one destiny.”
Source: Sputnik