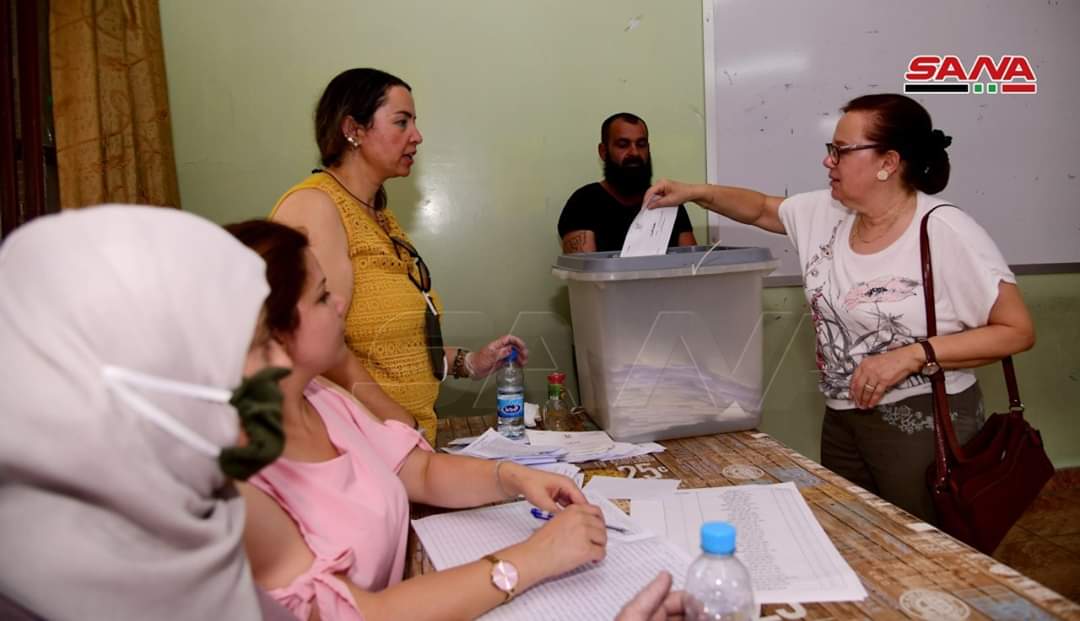 On Sunday morning, Syrian state media reported that ballot boxes were opened to voters in all polling stations to elect members of the People’s Assembly for the third legislative round.

The Syrian Arab News Agency (SANA) announced that the Supreme Judicial Committee for Elections in Syria that the polls would be opened today, Sunday, all over Syria, to elect members of the People’s Assembly for the third legislative role.

According to the General Elections Law No. 5 of 2014, the election begins at 7 A.M. on the day specified for the election and closes at 7 P.M. on the same day. The decision of the Supreme Elections Committee may extend the election period for a time of five hours at most, in all or in some polling centers.

The Syrians participate in these elections to choose 250 members to represent them under the People’s Assembly’s dome from about 1,656 candidates, including 200 female candidates, through 7,277 centers ready to receive citizens in all governorates in their cities, towns, and villages to complete the electoral process, according to what the Supreme Judicial Committee announced for the elections.

The electoral phase began 24 hours before the polling process began, and all forms of electoral advertising were stopped in all media and advertising media, according to the General Election Law.