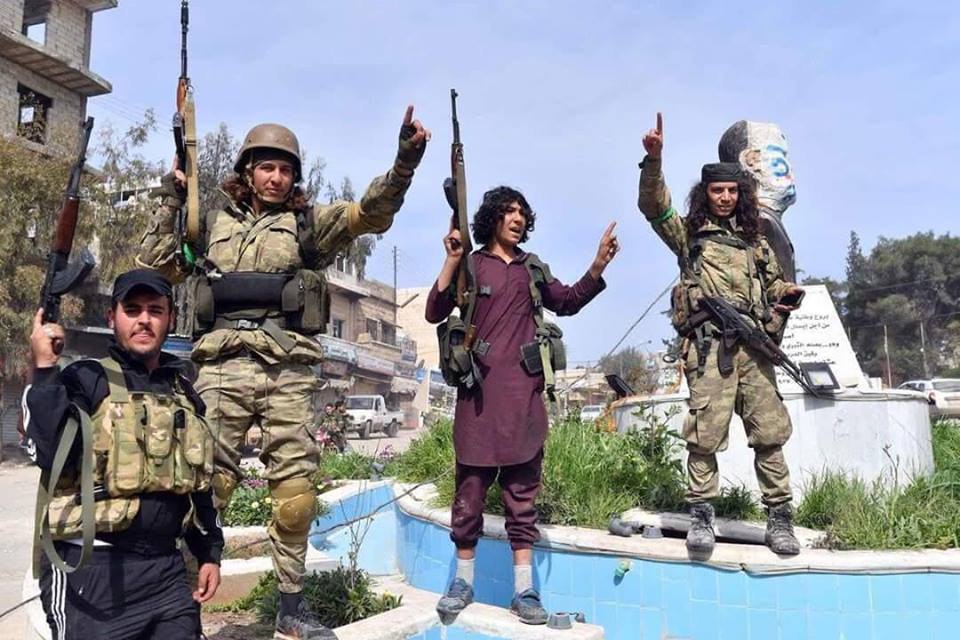 A new Pentagon report said that Turkey sent between 3,500 and 3,800 Syrian mercenaries to Libya during the first three months of this year.
The report on anti-terrorism operations in Africa told the Pentagon, from which the Associated Press quoted excerpts, that Turkey provided funds and offered citizenship to thousands of fighters in exchange for participating in the conflict in Libya alongside forces loyal to the Government of National Accord (GNA) in Tripoli.
The report pointed out that the Syrian mercenaries were not found to have links with terrorist organizations such as ISIS and Al Qaeda, and that financial rewards are most likely the main motives behind heading to Libya, not ideological or political considerations.
The report includes the period up to the end of last March, but it is likely that the reinforcements coming from Turkey have played a role in the progress of the GNA forces last May near the capital Tripoli.
According to the report, 300 Syrian fighters arrived in Libya at the end of last April, and Turkey published an “unknown number” of Turkish soldiers in Libya during the first months of the year.
The report also claimed that hundreds of mercenaries, including Syrians, were sent to Libya by Russia, whose numbers are estimated at between 800 and 2,500.
According to the Pentagon, Russia and the Syrian government have agreed to send between 300 and 400 former combatants in the Syrian opposition from Quneitra to Libya, according to unnamed sources.
In May, the Pentagon accused Russia of sending 14 aircraft to Libya to support the Libyan National Army (LNA) and its leader, Field Marshal Khalifa Haftar.
It should be noted that the Kremlin denied sending Russian soldiers to Libya, as well as the authenticity of reports about the presence of Russians in Libya, where the press spokesman for the Russian presidency said that “there are no Russian soldiers in Russia or any organized groups of citizens of Russia.”