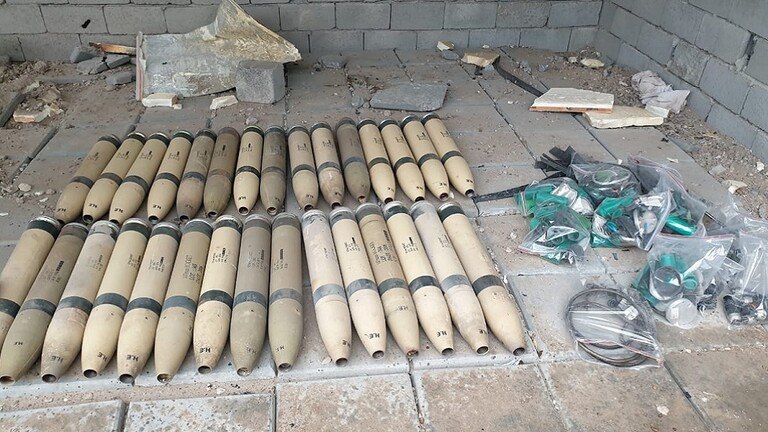 On Sunday, the Iraqi security forces found a stack of Katyusha missiles buried underground, with 20 rockets inside, in the Salaheddine Governorate.
The Iraqi Security Media Cell said in a statement that “within the sequence of Iraq’s fourth-stage of their operation, the task force within Salaheddine sector found the underground hideout of Katyusha rockets with more than 20 missiles inside.”
The Baghdad Operations Command had announced earlier this month that a missile had been found that was similar to the one that targeted the government green zone in the center of Baghdad.
Furthermore, the Iraqi Ministry of Interior announced, last Thursday, the seizure of a drone carrying explosives in the Jadiriyah area, near the green zone.
A number of attacks have been carried out on the Green Zone since January, with some claims speculating that these rockets were fired by Iranian-backed groups.