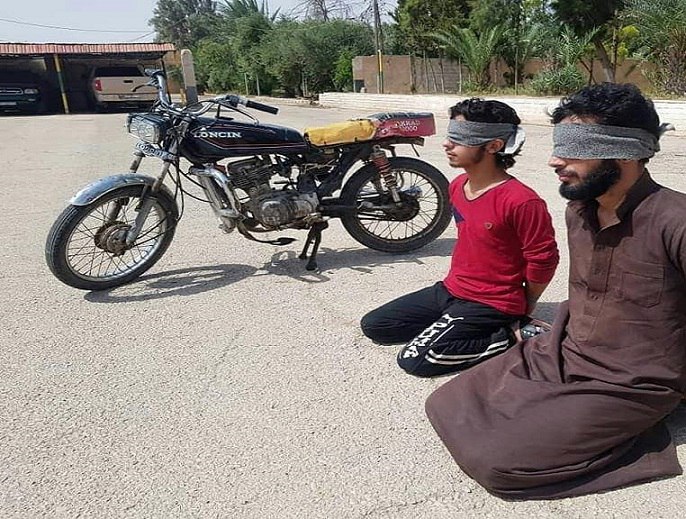 On Wednesday July 29 , the competent security forces arrested a group of US-backed militants after they infiltrated from “Al-Tanf” area towards the Syrian Army’s points in Homs countryside.

The arresting was carried out in cooperation with the residents of the region, a special source said, as they were arrested and their weapons were seized.
The source pointed out that the militants belong to terrorist organizations supported by the American forces stationed in “Al-Tanf” area at the border triangle between Syria, Iraq and Jordan, and under American instructions, they infiltrated outside “Al-Tanaf” area heading west towards the areas of the Syrian army’s control.
The militants moved from “Al-Tanf” towards “Sabe’ Bayar” area then to “Jabal Al-Nasrani” in the depth of the Badia, reaching a point close to “Al-Mahsa” area, located about 7 km to the southeast of the village of “Al-Qaryatayn”, where they were arrested.
Initial investigations showed that the militiants were on a mission, assigned to them by the American forces, aimed at monitoring and exploring the locations and movements of the Syrian army in preparation for terrorist operations.
However, the Syrian army and security forces had previously arrested groups of militants coming from “Al-Tanf” with American support while they were trying to carry out espionage missions and terrorist operations against the army, including an ISIS group that was found to be instructed by the American forces in “Al-Tanf”.

This article is exclusive for mideastdiscourse.com