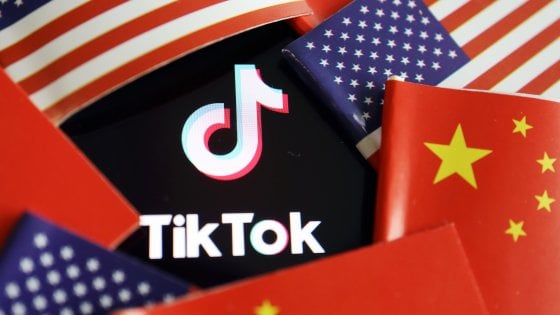 President Donald Trump earlier said he would ban the wildly popular app in the country, but has apparently reconsidered, months before the presidential vote in November

President Donald Trump has purportedly approved a 45-day window for the Chinese firm ByteDance to agree to sell its now popular short-video app TikTok to Microsoft Corp, according to three people familiar with the potential deal, as quoted by Reuters. The time lapse will ostensibly serve as a transition period for Microsoft to develop technology for TikTok that will be completely separate from ByteDance, one of the sources said.

US officials have insisted a number of times that TikTok under its Chinese owner poses a threat to the nation due to the specifics of the personal data it handles.

POTUS on Friday said he was planning to completely ban TikTok in the United States after ditching the idea of its acquisition by Microsoft. However, he has reportedly had a change of heart on the matter following talks with fellow Republicans. One of the sources shared that many in the GOP believed putting an outright ban on the social network would alienate quite a few of its young users ahead of the US presidential polls in November, and could in all likelihood trigger legal complications.

“A win-win in the making”, Republican Senator Lindsey Graham tweeted in response to Trump’s apparently updated stance on Sunday, ahead of the White House’s official announcement.

While ByteDance did not directly address the potential deal in its Sunday comments, Microsoft weighed in saying it “fully appreciates the importance of addressing the president’s concerns”.

“It is committed to acquiring TikTok subject to a complete security review and providing proper economic benefits to the United States, including the United States Treasury”, the tech giant stressed in a statement.

A top priority task is understood to be separating TikTok’s technology from ByteDance’s infrastructure and access, so as to effectively ease the US’s multiple concerns about the integrity of personal data.

ByteDance’s valuation for the app climbed above $50 billion, although US pressure to divest it could lower the price, a Reuters report from last week has it.

As Huawei, trade, Hong Kong’s status, as well as the pandemic origins continue to be hotly-contested issues in Sino-American relations, Washington has been scrutinising app developers over the personal data they handle, especially if parts of it centre around US military or intelligence personnel.

The divestment of TikTok would not be the first instance of the White House addressing the aforementioned concerns. Earlier this year, Chinese gaming company Beijing Kunlun Tech Co Ltd sold Grindr LLC, a popular gay dating app it bought in 2016, for $620 million after CFIUS insisted it should do so. Two years ago, CFIUS made China’s Ant Financial dump plans to buy MoneyGram International Inc over similar concerns about the safety of data that could identify US citizens.