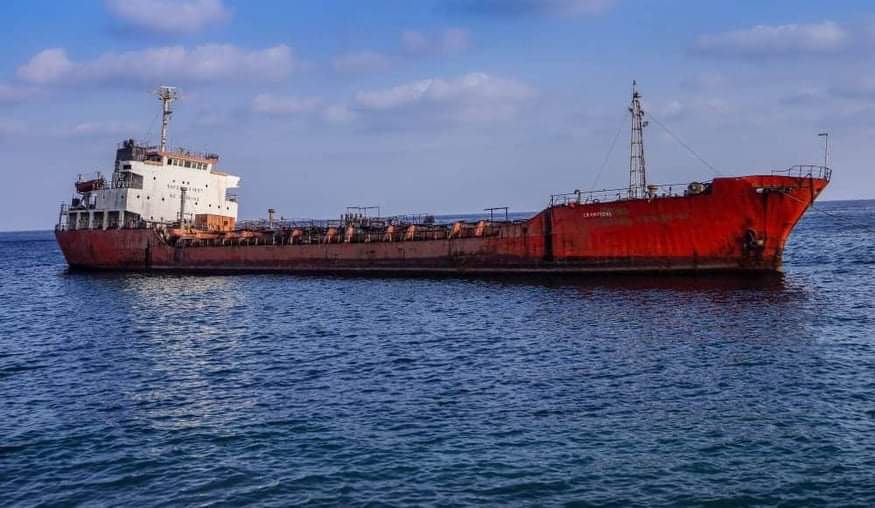 After it has caused the collapse of the health sector system in Yemen over five years of war, the US-Saudi –led aggression coalition , waging a brutal military campaign against Yemen, is reportedly holding fuel ships for the country , that may result in stopping hospitals and vital institutions.

The Yemeni Oil Company said that the aggression forces hold 19 oil ships, including three ships carrying diesel and two ships loaded with domestic gas, reaffirming that the aggression continued to detain (14) oil ships with a total tonnage of (359,030) tons of gasoline and diesel materials, and for varying periods, which reached a maximum for ships currently held for a period of “120” days.

The company noted that the period of arbitrary detention in previous cases amounted to approximately five months, in clear violation of the provisions of the International Convention on Human Rights, the rules of international humanitarian law, and all applicable laws and customs.

The director of the company, Ammar Al-Adrae’e, pointed out in the protest of the company’s employees in front of the United Nations office in Sanaa, on Friday, that “the Dinazi ship was released after it was held for 129 days and the fines of the delay amounted to two million and 800 thousand dollars.”

The Yemen Petroleum Company launched a humanitarian call for help due to the lack of oil products, calling on the world and all international humanitarian organizations to bear its responsibilities to avoid the catastrophe in Yemen.

The company said that constant locking up of the oil tankers will lead to the stoppage of over 400 hospitals and 5,000 health centers and all oxygen factories that provide services to over 26 million citizens, and will also lead to the cessation of about 23,000 water and power outages for all citizens.

The director of the company, Ammar Al-Adrai said that 25 million Yemenis are at risk as a result of running out of oil derivatives and he held the United Nations and the aggression countries responsible for the lives of Yemenis, especially the patients in all hospitals.

The Minister of Health and Population, Dr. Taha Al-Mutawakkil, warned Thursday that hundreds of thousands of patients are at risk of dying as a result of stopping the organizations from providing their aid amid the spread of epidemics and the continuation of the siege and preventing the entry of fuel ships.

The Minister of Health stated during a press conference with the Supreme Council for Administration and Coordination of Humanitarian Affairs that intensive care in public and private hospitals is threatened to be stopped due to the lack of oil derivatives, adding that the crisis of oil derivatives doubled the suffering of the health sector, as its work is currently limited to the emergency departments and part of the operations, confirming that the oxygen factories only operate 50% due to the lack of oil derivatives, pointing out that over 4000 patients with kidney failure who need dialysis will be affected because they are unable to reach the centers of dialysis or the centers are not operating due to the oil crisis as that  aggression continue detaining the fuel ships, noting that ambulances are currently limited to work within cities and no longer move between governorates or transport patients to governorate centers, calling on the world to intervene to release fuel ships.

Al-Mutawakkil explained that the siege prevents repairing the medical devices, noting that after six years of aggression and the siege 93% of medical devices went out of service, and that all MRI devices had been disrupted, pointing out that the aggressive coalition also prevents the entry of drugs, especially drugs that need to be cooled, which increases the suffering of patients, especially cancer patients, regarding the announcement of international organizations to withdraw, Al-Mutawakkil said: In light of the imposed siege of Sana’a airport and the detaination of oil tankers, many organizations officially announced their withdrawal from providing the health services.

He stressed that the withdrawal of organizations from humanitarian work is a further blockade and taking part in the killing of many Yemenis, especially since they only provide the minimum services, holding the international community and the aggressive alliance responsible for the health crisis consequences of the organizations’ withdrawal from providing services in the health field.

The aggression with the United Nations offered to the Supreme Political Council during the past days to release the detained oil tankers in exchange for stopping paying half of the salary for state employees, an official source in the Salvation Government said.

“The offer was presented to the President of the Supreme Political Council, Mahdi Al-Mashat, who rejected the offer and confirmed the bias to the employees and the importance to alleviate their suffering due to the interruption of salaries. He directed the government to continue spending half of the salary every two months and pay it before Eid al-Adha. “, the source added.

Last month, Minister of Oil and Minerals, Ahmed Dares ,said that the quantities of oil stolen by the mercenaries of aggression during 2018 amounted to 18 million barrels, and during 2019 reached 29 million and 500 thousand barrels.

As a result of the military aggression in the past five years, the war has killed over 100,000 people destroyed, and damaged and shut down Yemen’s infrastructure, including a large number of hospitals and clinics