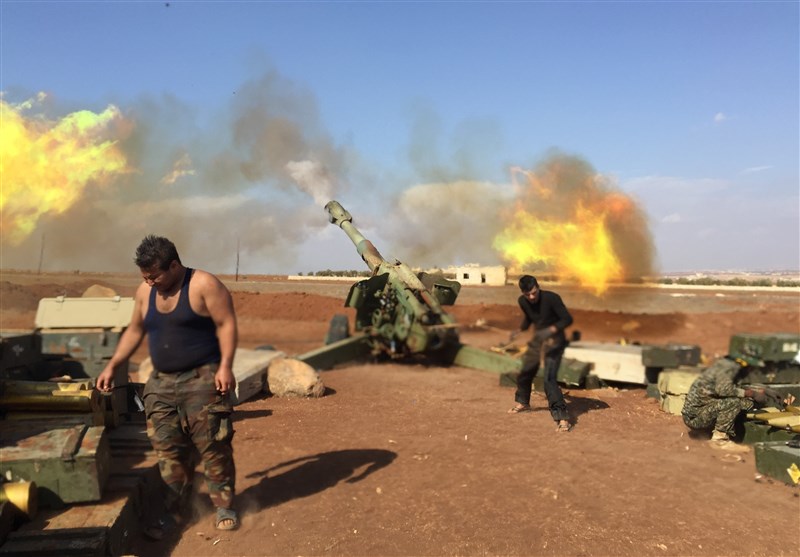 US Secretary of State, John Kerry, of the Obama administration, created a mantra for the media: “There is no military solution to Syria.”  He said it so many times, he seemed to convince everyone.  However, after 9 years of conflict it appears there is neither a military, nor political solution for Syria. Despite the fact that the Syrian government under President Assad, with help from Russia, has regained 70% of the territory, and all the major cities are calm, still there is no possibility for recovery or reconstruction of hospitals, schools, homes and lives due to the US sanctions.

President Erdogan of Turkey, a close ally of President Trump, and NATO member, ensured that a military solution was impossible for Syria.  By Turkey’s invasion and occupation of Idlib, and the northeast region, the Syrian Arab Army was prevented from clearing out the Al Qaeda terrorists who occupy Idlib. On a second track, Turkey prevented the Kurdish northeast, who are US allies, from coming to an agreement with the Damascus government. Erdogan’s invasion and continuing occupation of Syria was for Erdogan’s benefit, as well as the strategic goals of his ally Trump, who has also invaded and continues to occupy the main oil and gas wells in Syria, thus preventing the Syrian government from using their own resources to recover and reconstruct after almost 10 years of war.

The United Nations has tried to negotiate a peaceful resolution to the conflict through the UN resolution 2254 process.  There are five goals to be addressed in the 2254 implementation: dialog between the Syrian government and the opposition to build trust; prisoners or kidnapped persons to be released from both sides; involvement of widely varied Syrian persons in the process; a balanced constitutional committee; involvement of foreign countries who are actors in the conflict, as well as other foreign nations not directly involved.

The western media covering the US-NATO region is focused on the Syrian government as if they were in a conflict alone.  There is little mention of the Syrian opposition who are the other party to the conflict, which has killed hundreds of thousands of Syrians. A political dialog between two sides requires both sides to be clearly identifiable and responsible. The mainstream media portrays the Syrian government, and its allies, as the “bad guys”, but never explains who are the “good guys” they are cheering for.  If we examine the armed opposition in Syria from 2011 to 2020 it includes various Islamist militias following Radical Islam, a political ideology which is neither a religion, nor a sect.

The UN assesses that 11.7 million people inside Syria require humanitarian assistance, and that more than 5.6 million Syrians live as refugees in neighboring countries.

Syria’s Ambassador to the UN said that the US and its allies are seeking to create a “New Middle East” by supporting terrorists, foreign fighters and others who attack Syria’s sovereignty and territorial integrity.  The US attack and invasion of Iraq in 2003 caused the Al Qaeda opposition uprising, and Idlib is under the occupation of Hayat Tahrir al-Sham, formerly known as Jibhat al-Nusra, the Syrian branch of Al Qaeda. US Secretary of State Mike Pompeo has repeatedly demanded that Idlib be protected from any attack, regardless that it harbors thousands of terrorists from numerous countries, including the US.

Ambassador James Roscoe, UK official to the UN, briefed the Security Council on April 29. He said that the Syrian government and its allies should engage seriously with UN Special Envoy Pedersen and the UN resolution 2254 process to achieve a peaceful end to the Syrian conflict. However, he failed to acknowledge that the Damascus government has attended every meeting in Geneva, Astana and Sochi, and has sent a constitutional drafting committee to every meeting, and has met with every UN official who has visited Damascus.

NATO chief Jens Stoltenberg said in April, “We need to see a political solution to the conflict in Syria. So the Assad regime and Russia must end their offensive. Respect international law. And support UN efforts for a peaceful solution.”  However, he failed to acknowledge that Syria and Russia support the UN 2254 process. He mentions international law, but fails to acknowledge NATO members Turkey, and the US have broken international law by invading and occupying Syria.  He demands that the Syrian Arab Army with support of the Russian air force must not fight Al Qaeda in Idlib, even though all UN nations have committed to the fight against global terrorism.  Many may like to know if Jens Stoltenberg would be in favor of fighting an Al Qaeda attack and occupation of Paris, or London?

In late June, Iran, Russia and Turkey held a virtual meeting. All three sides “expressed the conviction” that Syria’s war had no military solution and must be settled only through a political process.  President Putin said, “Above all, it is a question of continuing the fight against international terrorism.”

Erdogan said Turkey’s “fundamental priorities are to safeguard Syria’s political unity and territorial integrity, restore peace on the ground and find a lasting political solution to the conflict”. He is focused on the northeast Kurdish region who set up their own semi-autonomous administration, independent of Damascus, and allied themselves with the US, who bankrolled them and provided weapons and military training to their armed wing, the SDF. Erdogan will not allow armed militias aligned with the PKK to be operating with impunity on the Turkish border. The US will not allow the Kurds to reconcile with the Damascus government, and this sets Turkey and the US at cross-purposes.

The US sanctions are the toughest set of measures to be imposed on Syria, preventing anyone from doing business with Syrian officials or state institutions, or from participating in the country’s reconstruction. While the US Treasury Secretary Steven Mnuchin tries to qualify the prohibitions as only targeting the Syrian government, the actual target is every person living in Syria, including private citizens who have no involvement with the government.  For example, an Aleppo businessman who saw his factory dismantled and taken to Turkey by the Radical Islamic terrorists who were supported by Erdogan may need to order new machines from Germany, and replacement parts from the UK, and other technical items from Italy. However, the US and EU sanctions prevent him from ordering anything to rebuild his business, which would employ workers, and support his family. The companies are afraid of selling even a tooth-pick to anyone in Syria, for fear that the US Treasury will hunt them down and exact costly punishment on the transaction.  There are humanitarian exemptions, but they have to be legislated through Sec. Mnuchin’s office directly, and the process is laborious and costly.  The WHO director, Elizabeth Hoff, said this laborious process prevents replacement parts for medical machines sitting idle in hospitals across Syria from being ordered.

Recently, 6 account, threatening any foreign company who would sell any products to anyone in Syria:

“Those looking to invest in the corrupt reconstruction efforts of the Assad regime are on notice; the US will continue to expose anyone seeking to profit from the regime’s attacks against the Syrian people. Today,@USTreasury took further action.”

US Deputy Assistant Secretary of State and Special Envoy for Syria Joel Rayburn said last week that this is the summer of Syrian sanctions.

Lebanon has submitted a request for a waiver to the sanctions to Mnuchin’s office in order to continue to buy electricity from the Syrian government’s electricity grid. However, Rayburn said, “The Assad regime is not the answer to Lebanon’s electricity difficulties.”  Lebanon is facing a national blackout, as they are now prevented from buying electricity from Damascus because of the sanctions, which will affect Lebanese civilians without refrigeration in the hottest days of summer.

Last month, Syria held parliamentary elections with 2,100 candidates competing for 250 seats, and voters cast their ballots in 7,313 polling stations nationwide. Candidates were running on promises of reconstruction, restoring infrastructure and bringing home millions of refugees. However, the US sanctions will prevent any reconstruction efforts which require materials or parts made abroad.

The new parliament will be expected to approve a new constitution and support candidates for the upcoming presidential election, which will require written approval from at least 35 members of parliament.

The Syrian constitutional committee virtual meeting is scheduled this month, and is part of the UN process, which will be followed by the UN observed presidential election of 2021.