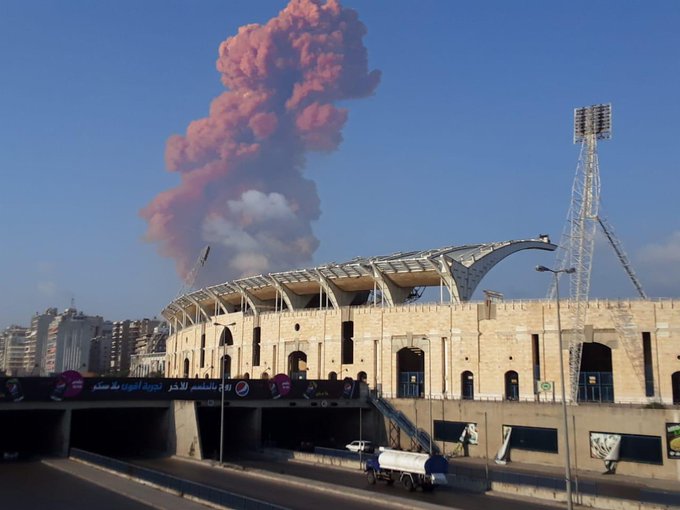 The head of the Port of Beirut said that no explosives were stored near the substances that blew up inside the 12th ward, the Sputnik News Agency reported.

According to the head of the facility, those were dangerous materials, but “not to this extent”.
He also said that Customs and State Security had sent letters to “remove the explosive materials, but for six years we have been waiting to address the issue with no result”.
In the meantime, the Lebanese authorities have decided to use the port of Tripoli as a temporary replacement for the port of Beirut, devastated by the blast.
The statement comes after Prime Minister Hassan Diab stated that the blast was caused by the improper storage of 2,750 tonnes of ammonium nitrate in the port of Beirut.
At present, the death toll from the powerful blast may be around 100 people, Lebanese Red Cross Secretary General George Kettaneh said. The total number of those injured now stands at over 4,000.
According to the city’s governor, over half of the town’s buildings have been destroyed or seriously damaged by the blast. The Lebanese government has declared a three-day mourning period for the victims of the tragedy, starting 5 August.
Source: Sputnik