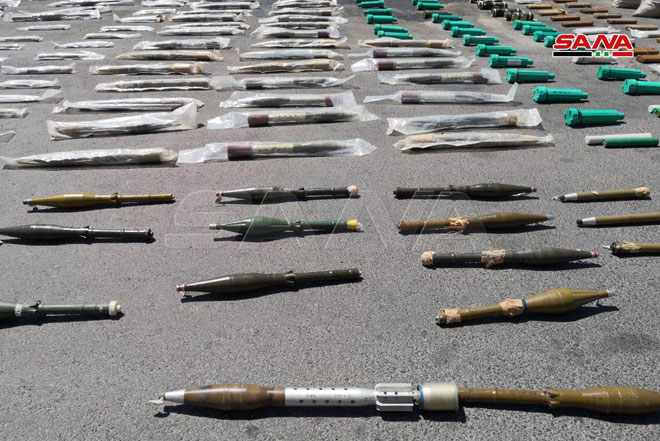 The Syrian Arab Army (SAA) has seized a large amount of foreign-supplied weapons that were left behind by the militant forces in southern Syria.
During their combing operations in the Daraa, Al-Quneitra, and Damascus governorates, the Syrian Army found various weapons and large quantities of ammunition, including American bombs and Israeli-made mines, left behind by the militants.

A source in the competent authorities stated in a statement to SANA that the army uncovered 180,000 rounds of ammunition, RPGs, machine guns, and mines.

The source added that among the seizures were also “American-made bombs, Israeli-made individual mines, heavy and medium machine guns, and RPG launchers.”
The Syrian Arab News Agency released several photos of the large arms cache, showing the plethora of weapons that were left behind by the militant forces.