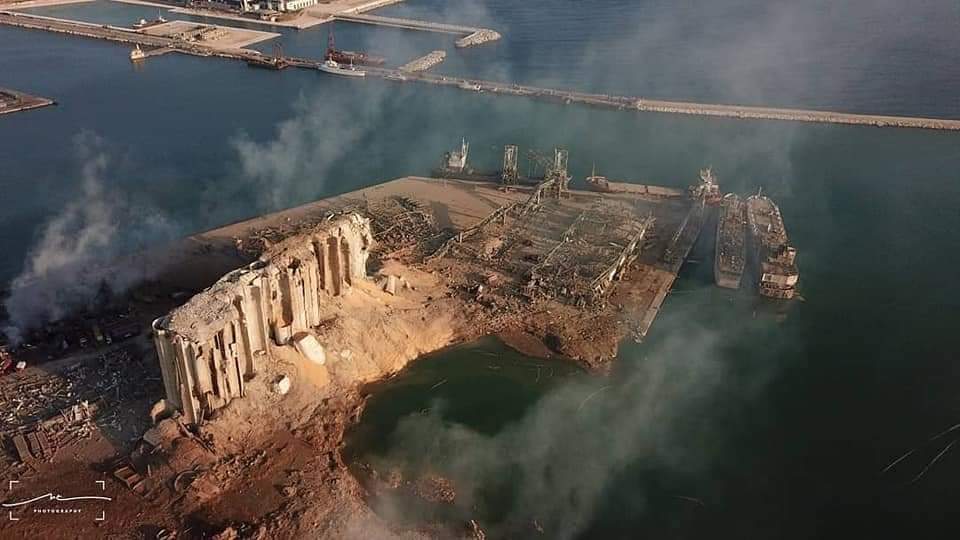 Coup with cataclysm: Is it what’s happening in Lebanon?

Lebanese Prime Minister Hassan Diab says he will request early parliamentary elections in a bid to defuse a worsening political and economic crisis in the cash-strapped Arab country following a devastating explosion at Beirut port earlier this week.

“In reality, there is no way out of this structural crisis without early parliamentary elections, in order to produce a new political class and a new parliament,” Diab said in a televised speech on Saturday evening.

The premier noted that he will introduce a draft bill for early elections during a cabinet session on Monday.

Diab then called on all political parties in the country to put their disagreements aside and work together, as the country faces unprecedented crises on multiple fronts.

He gave politicians two months to agree on the next steps and to work on implementing reforms, during which he will remain in his post.

“We are in an emergency, not only because of the disaster and the manner of handling it, but the state of emergency I’m speaking about is related to the fate of the country and its future, that is why I call upon all the political parties to agree on the next phase – and they don’t have a lot of time – I am ready to take on this responsibility for a period of two months so they could reach an agreement,” the Lebanese premier pointed out.

Diab also underlined that all those responsible for the explosion will be held to account.

“No one is safe (from being held accountable), no one should expect to be protected by any umbrella, all those responsible for this disaster should be placed under investigation and answer before the judiciary system,” he said.

His remarks came as thousands of protesters hit the streets of central Beirut to vent their anger following the catastrophic blast that killed over 150 people and displaced hundreds of thousands of people in Beirut. Hundreds of people were reportedly wounded in clashes with security forces during the demonstrations.

The unrest began after French President Emmanuel Macron paid an uninvited visit to Beirut Thursday and made a series of provocative statements.

Late Saturday, supporters of the pro-Western March 14 alliance which is led by Saudi-backed former prime minister Sa’ad al-Hariri went on a rampage as they stormed government buildings in Beirut.

They marched through streets, gathering in the central Martyrs’ Square, where a truck was on fire.

As security forces fired tear gas to disperse stone-throwing demonstrators who tried to push their way toward parliament, a group reportedly led by retired army officers stormed the foreign ministry and declared it the “headquarters of the revolution”.

“We are taking over the foreign ministry as a seat of the revolution,” Sami Rammah, a retired officer, announced by loudspeaker from the ministry’s front steps.

“We call on all the anguished Lebanese people to take to the streets to demand the prosecution of all the corrupt,” appealing to the international community to boycott the government.

Ironically, the Beirut port where the cataclysmic blast took place among 2,750 tonnes of ammonium nitrate was reportedly administrated by people close to the March 14 alliance.

The unrest in Beirut and an apparent push to topple the government smacks of a “forward escape” tactic embraced by the Western- and Saudi-backed political camp to make the best of the situation and implement the agenda which it has been following for quite a while with little success, observers say.

The current economic crisis in Lebanon is the result of sanctions imposed by the US and its allies, which have caused the Lebanese pound to lose more than 80 percent of its value.

With the US government keeping a tight lid on the flow of the greenback to Lebanon, protesters have repeatedly attacked banks and torched them in Beirut and other cities after they ran out of cash in the face of customers who wanted to convert their deposits to dollars.

On Saturday, Macron said he is going to host a virtual conference on Sunday to gather aid for Lebanon. US President Donald Trump and other state leaders would be in attendance.

Political analysts have already cast serious doubts over the real intentions of the conference. The French leader on Thursday tied any aid to Lebanon to a “new political order”, just like what the West has been demanding from the Arab country for the past few months, pushing Beirut to its worst economic crisis in decades.

Macron said funding is available for Lebanon, but its leaders first have to implement the reforms which are on the minds of Western leaders.

Secretary-General of the Arab League Ahmed Abul Gheit appeared to be joining the Western campaign, saying his regional organization also planned to render assistance to Lebanon.

The official said he will take part in Sunday’s aid conference for Lebanon.

The Lebanese people are strong in spite of the mega catastrophe that hit their country. The Arab League is ready to mobilize Arab efforts to provide assistance to Lebanon after the Beirut port explosion,” Abul Gheit told President Michel Aoun during a meeting at Baabda Palace on Saturday.

Lebanon defaulted on its debt for the first time ever this year. The virtual international donor conference on Sunday is held by the very countries which have brought Lebanon to its current destitution.

Speaking during the funeral procession for Kataeb Party’s Secretary-General Nizar Najarian, MP Sami Gemayel said the Beirut explosion will “usher in the birth of a new Lebanon”.

The party has only three seats in the Lebanese parliament.

Furthermore, the Dutch Foreign Ministry said the wife of the northwestern European country’s ambassador to Lebanon had died of injuries she sustained in the huge Beirut blast.

The ministry said Hedwig Waltmans-Molier, who worked in the human resources department of the embassy, “was standing in the living room next to her husband, Jan, and by sheer bad luck was hit by the explosion.” She died Saturday morning at age 55.

The Lebanese Health Ministry’s media office said on Saturday that the death toll from Tuesday’s massive explosion at the port of Beirut has soared to 158. More than 6,000 others are also injured, and 21 are still reported missing.

The numbers are expected to rise as search and rescue operations continue for those unaccounted for.

The explosion of ammonium nitrate, a substance used in making fertilizers and explosives, stored in a waterfront warehouse at Beirut port has been cited as the cause of the disaster.

Lebanon’s president said on Friday an investigation into the biggest blast in Beirut’s history would examine whether it was caused by a bomb or external interference.

“The cause has not been determined yet. There is a possibility of external interference through a rocket or bomb or other act,” President Michel Aoun told local media.

Aoun said the investigation would also weigh if the blast was due to negligence or an accident.

The Lebanese president also dismissed Macron’s call for an international probe, stating that such attempts are meant to “dilute the truth.”

“There is no meaning for any verdict if it takes too long to be issued and the judiciary must be swift, because belated justice is not justice then,” Aoun told a press conference.

Aoun said he personally asked Macron to provide Lebanese officials with any aerial images that would determine whether there were aircraft or missiles in Lebanon’s airspace before the catastrophic port blast.

“If the French do not possess such images, we will request them from other nations,” Aoun added.

Macron has been accused of trying to reconquer Lebanon rather than help it in the wake of the devastating explosion.

Lebanon’s al-Mayadeen television said Macron, in a meeting with President Aoun, threatened Lebanese leaders with sanctions if they do not submit to reforms and a “political change”.

“I will be back on September 1, and if they can’t do it, I’ll take my political responsibility”, said Macron in remarks more sounding like those about a protectorate.

Macron’s remarks sparked an immediate backlash, with many Twitter users denouncing what they deemed as interference in the internal affairs of Lebanon.

While the United States has said it did not rule out an attack, Israel, which has fought several wars with Lebanon, has been at pain to deny any role.

The explosion came in the wake of Israel’s recent military provocations at the Lebanese border and its shelling of villages.

Some Lebanese have touched on comments by Israeli prime minister Benjamin Netanyahu shortly before the blast.

After touring a military base in the Israeli city of Ramle on Tuesday, Netanyahu warned, “We will do what is necessary in order to defend ourselves.”