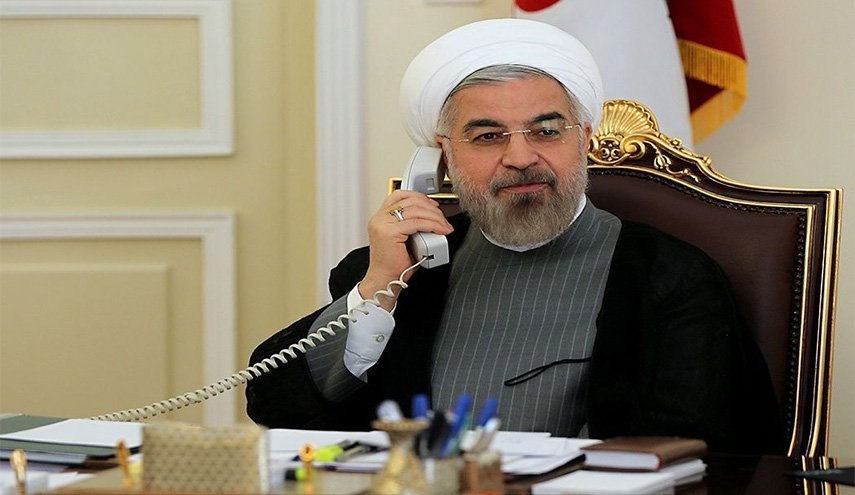 Rouhani: US will hopefully face defeat in anti-Iran bid at UNSC

President Hassan Rouhani says Iran has “high hopes” that the US will fail in its push to extend the UN arms embargo on Tehran and will face isolation at the Security Council, urging neighboring countries not to let Washington “exploit” them to advance its own agenda.

Speaking during a cabinet meeting on Wednesday, Rouhani said the resolution proposed by the US to block the expiry of the Iranian arms embargo violates UNSC Resolution 2231, which enshrined the 2015 nuclear deal — officially known as the Joint Comprehensive Plan of Action (JCPOA).

“We have high hopes that the United States will be defeated and will witness its own isolation,” he added. “Our position is clear in all circumstances and if such a resolution is passed against part of UNSC Resolution 2231, it means a gross violation of the JCPOA, and those advocating this [violation] and working to make it happen will be responsible for the consequences.”

The arms embargo on Iran is set to end on October 18 under the JCPOA, which the US quit in 2018. Washington, however, has put forward a resolution to keep the ban in place.

“Until today, the US has failed politically, and it will fail again. The United States cannot attract and convince the world’s public opinion, and the world now feels that Iran is a law-abiding and moral country that is committed to its obligations,” Rouhani said.

He also referred to a recent letter sent by the six-member Persian Gulf Cooperation Council (GCC) to the UN to seek an extension of the arms embargo against Iran.

The letter claimed that the embargo’s restrictions are “imperative to ensure and preserve peace and stability in this region.”

Rouhani further warned regional countries about America’s intention, urging them to stay vigilant so that the US will not be able to “exploit” them to advance its own agenda.

He added, “The majority of regional countries have close relations with us and these few countries in the south should know well that Iran’s defense and weapons power is in the interest of the region.”

“We use our weapons and facilities for defense and our power and arms are not against you. Those who plunder your money and resources and sell you weapons to attack the Yemeni people are acting against you,” Rouhani told the Saudi-led council.

“We have always been your supporter and brother and today we are still the same. You should know that the United States is unsuccessful against Iran and Iran will be victorious,” he added.

Touching on the illegal US sanctions on Iran, Rouhani said the Americans, the Zionists and the reactionary regimes in the region sought to create an economic crisis in Iran, which would develop into a social crisis and later a security one.

“But, they did not succeed in all the three stages,” he added.