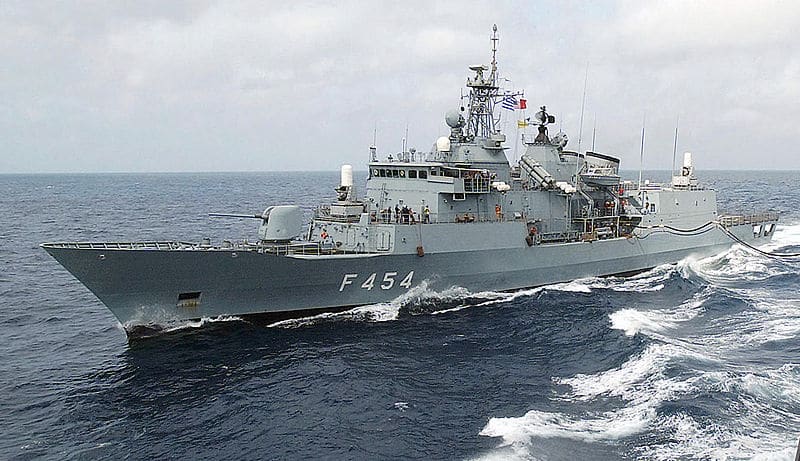 On Wednesday, the Greek Ministry of Defense condemned Turkey’s continued provocations in the eastern Mediterranean region and its violation of the country’s maritime borders.
The Ministry of Defense said in a statement on Wednesday that “the ships of the Turkish Navy were at a distance of 60 nautical miles south of the Greek island of Kastellorizo, which constitutes a violation of the maritime borders,” explaining that the Greek naval fleet is in the area to monitor Turkish activities.
Meanwhile, the Turkish Minister of Energy and Natural Resources Fatih Donmaz said in a tweet that the Uruj Reis vessel launched the seismic cables in the Mediterranean to conduct the two-dimensional survey,” indicating that the surveywill run until August 23.
On Tuesday, the Turkish coast guard announced that 3 people were injured, one of them in serious condition, as a result of Greek naval attack on a civilian boat.
At the same time, Greek Foreign Minister, Nikos Dendias, called on Turkey to withdraw its ship from the Greek continental shelf .
Turkey and Greece are currently in a row over the maritime borders of the eastern Mediterranean; this has culminated in a war of words and Athens new alliance with Egypt in the region.