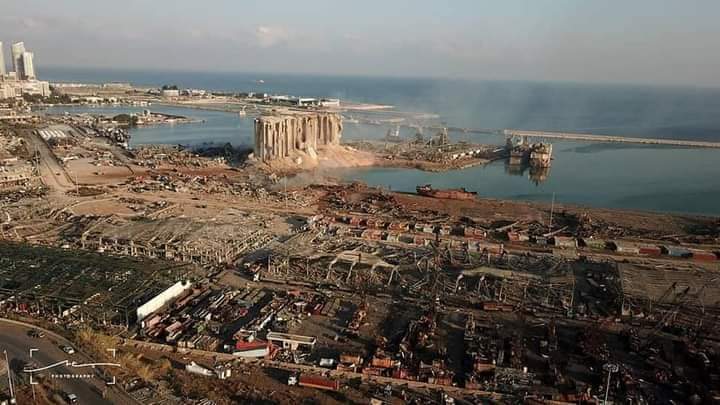 The World Health Organisation warned on 12 August that the huge explosion, which left as many as 300,000 people homeless, had a drastic effect on the country’s healthcare, leaving half of Beirut’s 55 medical facilities non-functional. This is especially dangerous as Lebanon has recently seen a surge in coronavirus cases.

The US Federal Bureau of Investigation (FBI) will join international and Lebanese officials in the probe into the cause of the catastrophic blast that occurred in Lebanon’s capital Beirut on 4 August, said David Hale, the US State Department’s under secretary for political affairs. Hale made the statement as he was visiting one of the city’s districts affected by the explosion. According to the official, the FBI’s participation is one of the ways the United States is helping Lebanon deal with the aftermath of the tragedy, which claimed the lives of more than 200 people and affected half of the capital.

The statement comes days after President Donald Trump called for a transparent investigation into the explosion and offered help in the probe. Trump, who earlier said the United States would send additional planes with aid to Lebanon, speculated that the blast could have been a “terrible attack”. However, his comments were contradicted by US Defence Secretary Mark Esper. The defence secretary noted that the Pentagon believes that the explosion occurred by accident, as was reported by Lebanese authorities.

Besides the United States, a number of countries have offered help to Lebanon, including France, Iran, Israel, Turkey, and Russia. Moscow sent five planes with humanitarian aid to Lebanon and deployed a mobile hospital in Beirut.

What Happened on 4 August?

More than a week ago, the Lebanese capital was shaken by an explosion that was so powerful that it damaged buildings dozens of kilometres from the blast’s epicentre and, according to the country’s President Michel Aoun, the damages are valued at $15 billion. The explosion also left 5,000 people injured.

Authorities say the accident was caused by 2,750 tonnes of ammonium nitrate – a chemical compound used in agriculture as a fertiliser, but also in explosives – that was stored unsafely in a warehouse. The blast occurred after a fire at the facility. What caused the fire is what the investigation needs to establish.

The tragedy comes at a difficult time for Lebanon, a country afflicted by poverty. Before the blast, citizens were experiencing problems with a lack of water and electricity. Following the explosion, a wave of massive protests swept the capital as it became known that the ammonium nitrate had been stored in the warehouse since 2013, when it was confiscated from a ship. The country’s Prime Minister Hassan Diab, who took office in January, refused to take responsibility for the incident and blamed it on his predecessors. However, according to Reuters, which cited obtained documents, the country’s security officials had warned Mr Diab and President Aoun about the risks the chemical compound posed to the city.

The Lebanese government resigned in response to the massive protests, but the parliament approved a state of emergency, which allows the country’s military to declare curfews and prevent public gatherings.