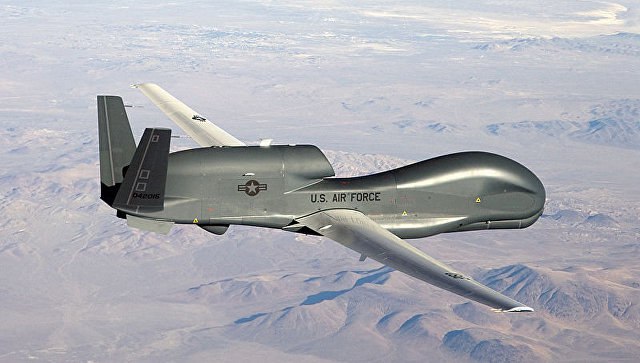 A suspected U.S. drone strike targeted two vehicles in the northern countryside of Idlib on Thursday, resulting in their subsequent destruction.
According to opposition reports, the drone, which is believed to belong to the U.S.-led Coalition, struck two vehicles near the town of Sarmada, north of the administrative capital of Idlib.
The reports from the scene of the attack indicate that both vehicles were destroyed and all passengers were either killed or wounded.
No information has been released about the passengers of the vehicles; however, in the past, when the U.S. has targeted Idlib with drones strikes, they have usually hit hardline factions like the Hurras Al-Deen Group and Hay’at Tahrir Al-Sham (HTS).
It should be noted that the U.S.-led Coalition has not yet commented on this attack.
Last October, the U.S. carried out an operation against the leader of the Islamic State (ISIS/ISIL/IS/Daesh), Abu Bakr Al-Baghdadi, near this part of the Idlib Governorate.