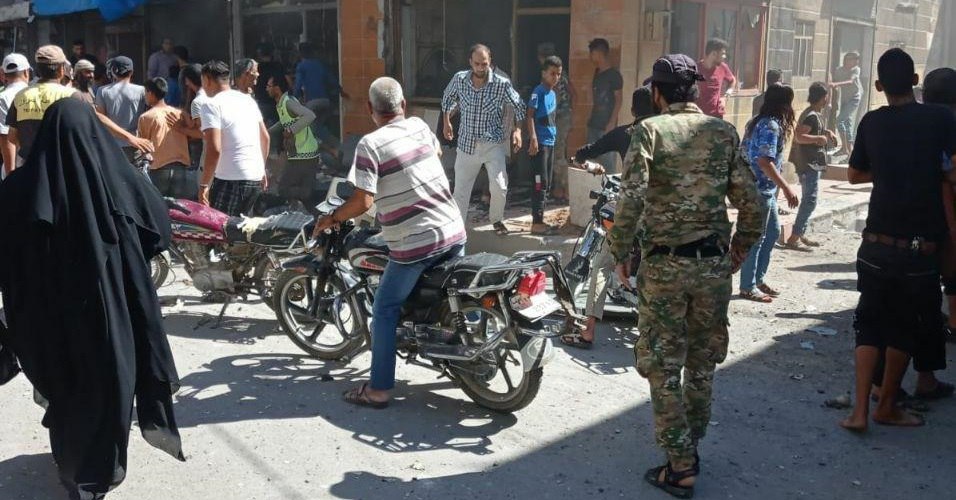 Today, a civilian died and / 7 / others were injured in a motorcycle bomb explosion in “Jarablus” city in Aleppo eastern countryside, which is under the control of Turkish forces and their loyal factions.

A local source said that the explosion occurred in front of one of the city’s bakeries while civilians were in the area, adding that some of the injured are in critical condition, and no party claimed responsibility for the accident.

In light of the continuing state of security chaos in the areas controlled by the Turkish forces and their factions, “Ankara” holds the Kurdish units responsible for the bombings in these areas on an ongoing basis, while the Kurdish factions respond to this as one of the Turkish forces’ means to displace the original people of the region and terrorize them  to replace them with the militants and their families.

Since the Turkish forces took control of “Jarablus” after the battles with “ISIS”, they were unable to achieve stability in the region. The people were suffering from a state of security chaos, whether in terms of explosions that hit the city from time to time without the Turks being able to prove the perpetrator even once, or the clashes that take place from time to time within the ranks of the militants as a result of their struggle over thefts and influence.