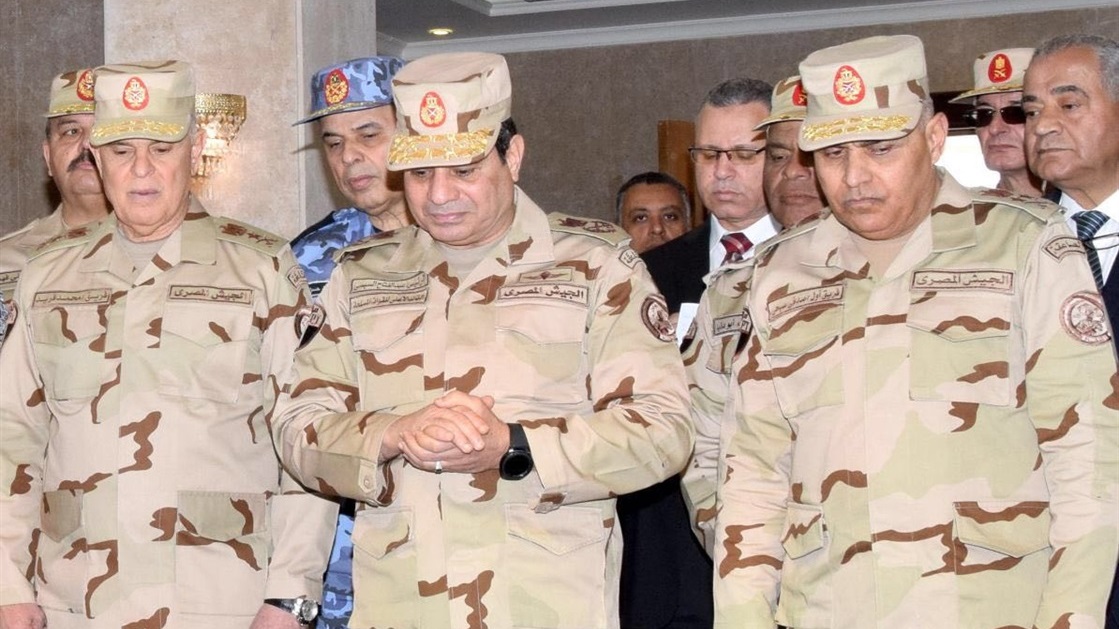 Egyptian presidential spokesman Bassam Radi announced on Wednesday that President Abdel Fattah El-Sisi met with the commander of the 2nd Field Army, the head of the Army Engineering Authority, and the head of the Financial Affairs Authority.

The presidential spokesperson stated that Al-Sisi directed “to continue to maintain competence and the highest levels of readiness and combat readiness to carry out any tasks entrusted to members of the armed forces to protect Egypt’s national security, in light of the current challenges in the region and the great capacity of the Egyptian Armed Forces in all branches, specialties and armament systems. ”

The Egyptian President also directed “salutations and appreciation for the efforts of the armed forces and the sacrifices they make for the sake of the homeland and for the maintenance of its security, safety, stability and the capabilities of the Egyptian people.”

In July, the Egyptian President made a visit to the Libyan border to inspect the armed forces in this strategic region.

During his visit to the western strategic region, Sisi ordered the troops to maintain the highest level of combat readiness, amid reports of a potential military intervention in neighboring Libya.