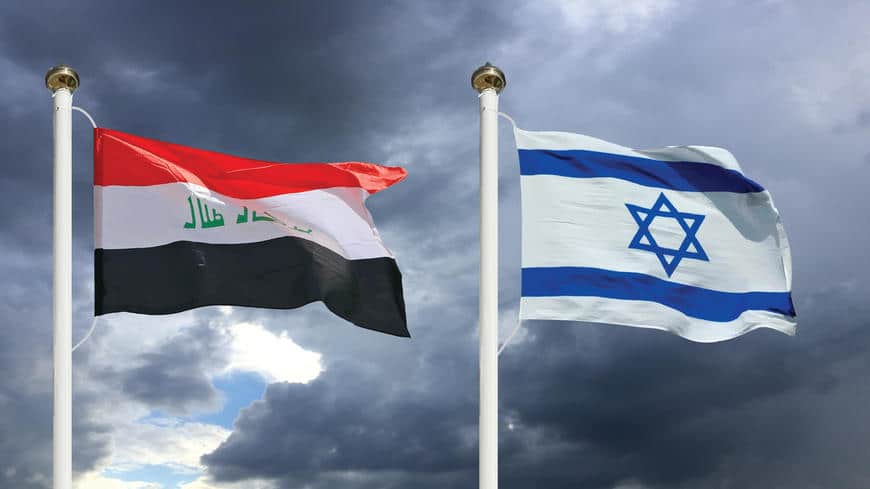 The leader of the Ummah Party in Iraq and former member of the House of Representatives, Mithal Al-Alousi, said that the Iraqi government should normalize relations with Israel, similar to what the United Arab Emirates did last week.
In a special statement to Shafaaq News, Al-Alousi said, “Iraq needs to get out of the camp of wars, extremism and delusions, and it needs to build stable relations with all countries of the world.”
He continued, “For this, Iraq needs a peace agreement with Israel, similar to the Emirates.”
Al-Alousi revealed that “there is informal communication between some Iraqi political figures and Israel.”
He pointed out that “Iran’s rule over the Iraqi political scene is preventing further development.”
He claimed: “If Iraqi politicians were not afraid of Iran, and Tehran did not control their decisions, Iraq would have preceded the UAE in concluding a peace agreement with Israel.”
The Iraqi Ministry of Foreign Affairs issued a statement on August 6, confirming its position on the issue of normalization with Israel.
“We reiterate that Iraq’s position on the Palestinian issue is the same as the principled and historical position of rejecting the Israeli occupation and its usurpation of Arab land, and we do not have any relations with the occupying state, and we are committed to the principle of boycott,” the Iraqi Foreign Ministry statement read.
The statement added: “Iraq has always been in all regional and international forums, and throughout history, supportive of the Palestinian cause, the Palestinian people in their struggle and defending their rights, and one day has not abandoned its position, which rejects all forms of normalization with this entity that usurps the land and that kills and leaves, It destroys human life injustice and aggression.”