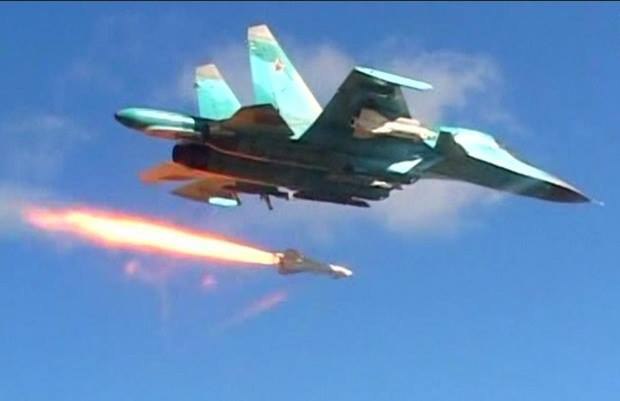 The Russian Air Force has been hammering the Islamic State’s (ISIS/ISIL/IS/Daesh) positions in central Syria, targeting a number of the terrorist group’s hideouts in the vast Badiya Al-Sham region.

According to reports, Russian jets, backed by the Syrian Arab Air Force (SyAAF), targeted the Islamic State’s positions across the eastern countryside of Homs, resulting in the destruction of the terrorist group’s hideouts near the Deir Ezzor administrative border.

The Russian Air Force recently stepped up their strikes in central Syria after the Islamic State carried out ambushes against the Syrian Arab Army and National Defense Forces (NDF) in the Al-Mayadeen countryside and Badiya Al-Sukhnah area.
ISIS has taken advantage of the coronavirus pandemic to carry out ambushes and raids against the Syrian Army and their allies, while wreaking havoc further east in areas under the control of the Syrian Democratic Forces (SDF).

The Syrian Army has responded to these attacks by sending reinforcements to this vast desert region; however, ISIS has been able to evade sight by hiding in one of the many caves between the Deir Ezzor, Homs, Al-Raqqa, and Al-Sweida governorates.

ISIS Russia Russian military Syria Syrian_Army
Previous ArticleThey call on Hezbollah not intervene, but all of these countries interfere in Lebanon’
Next Article Ansarallah forces score major victory as they close in on key Yemeni city