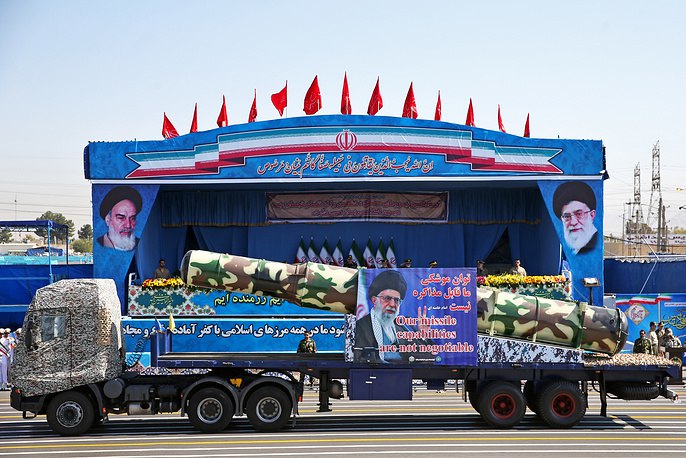 The Russian publication Avia.Pro posted a satellite image on Sunday of what they claim to be an Iranian air defense system near the Syrian-Lebanese border.
Citing an unnamed source, the publication posted a satellite image that allegedly shows the deployment of the Iranian-made Khordad-3 air defense system near the Syrian-Lebanese bordr.
“The source of the Avia.pro news agency has provided satellite images showing at least three Iranian-made Khordad-3 anti-aircraft missile systems on the Syrian-Lebanese border, from where most of the Israeli F-16 attacks are made. The effective range of destruction of targets of the latter is from 75 to 105 kilometers, which is enough to defeat Israeli fighters in the event of new attacks on Syria,” the publication said.

Damascus Iran IRGC israeli_OCCUPATION Lebanon Persian_gulf Syria TEHRAN
Previous ArticleThe US and Russia collide, while Syrian tribes call for US withdrawal
Next Article Hezbollah leader vows to even the score with Israel