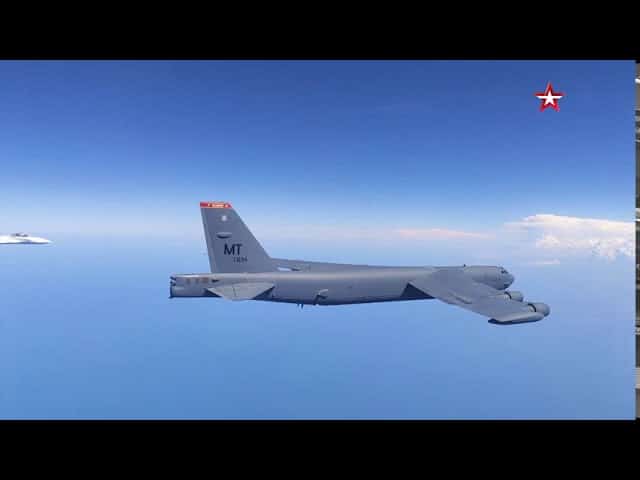 Russian jet within 30 meters of US bomber

The Russian news portal, Top War, released video footage on Saturday of the August 28th interception of a U.S. military aircraft over the Black Sea.
“In the South, after receiving a signal about the target, which is heading to the state border, two Su-27 fighters took to the air over the neutral waters of the Black Sea. The pilots identified the target as a U.S. Air Force B-52 strategic bomber,” Top War reported.
In the nearly 30-second-long footage, the Russian Su-27 jet can be seen closely approaching the U.S. B-52 bomber, coming within 30 meters of the aforementioned aircraft, according the U.S. Air Force commander in Europe, General Jeffrey Harrigan.

The interception incident was later slammed by the U.S. Air Force chief as being ‘unsafe’, pointing out that the Russian jet came within 30 meters of the B-52.