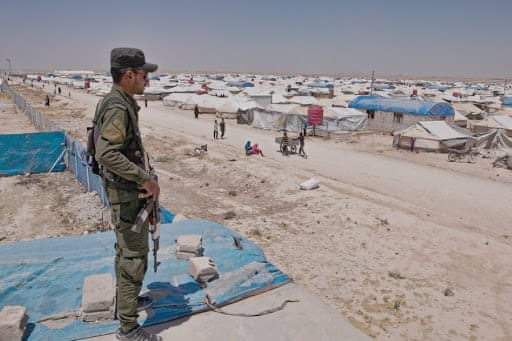 More than 25 Syrian children were poisoned and suffocated, after they were given doses of sleeping draughts by smuggling brokers in Al-Hol camp in Hasakah countryside, controlled by SDF, in order to prepare them for getting out the camp by placing them in water tanks and wooden boxes.

The source pointed out that smugglers usually give children these sleeping draughts to prevent any sound or movement during smuggling operations outside “Al-Hol” camp, which is witnessing poor health and humanitarian conditions, and an acute shortage of water and food.

The source also pointed out that the residents of “Al-Hol” camp live in unsanitary conditions that have led to the spread of diseases among them, especially children, due to water pollution and lack of food, indicating that the camp includes thousands of displaced Syrians who “SDF” forcibly collected with the families of foreign “ISIS” members.

Tribal and clan mediators in Hasakah try to persuade SDF to release the displaced people detained in the camp, and return them to their original cities and villages. However, these attempts do not always succeed in light of the inhuman conditions they suffer in the camp.