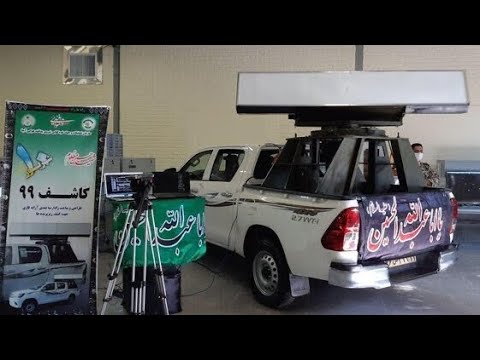 The Iranian Armed Forces unveiled a new radar system on Wednesday after announcing that they have 27 new military achievements.
According to the Islamic Republic News Agency (IRNA), the new Kashef-99 radar is a 3D mobile phased array system with a range of 12 kilometres used to detect small aircraft.
The new Kashef-99 radar is capable of spotting 300 targets simultaneously.
The radar system has been designed and produced at the New Technologies Research Center of the Air Defense Force of the Iranian Army.